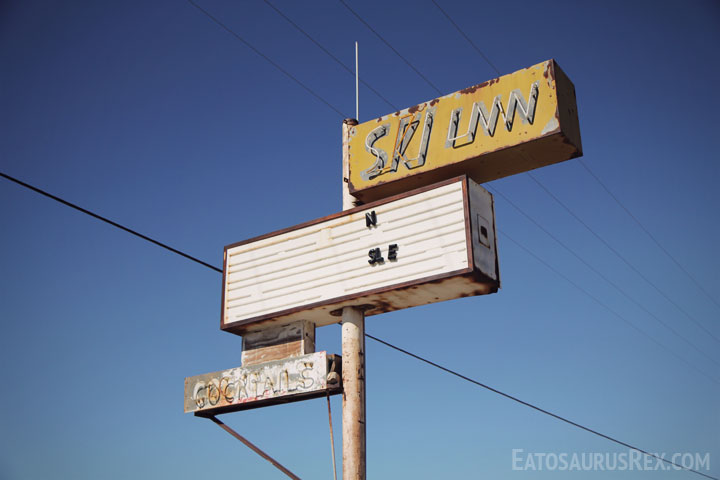 Where do you go to eat when you’re in the middle of nowhere; a once promising tourist trap and boom town that is now an essentially abandoned ghost town? The only place that’s open, of course. Located in the Salton Sea, surrounded by abandoned buildings and a beach made of dead fish and bones, The Ski Inn is maybe the only restaurant within a fourty mile radius of the devastated town of Bombay Beach. It was visited by Anthony Bourdain on the Salton Sea episode of No Reservations but, like me, it was more for the novelty than for the food itself.

The owner was a kind old man and when I asked him what was good he let out a hearty chuckle and replied, “I have to say everything since my wife’s the cook.” And that pretty much sums up the kind of place we’re dealing with here.

If you’ve got a few shekels lying around, you can actually own the Ski Inn, as the owner informed us the place was for sale. I’m not sure what would possess an old couple to move to Bombay Beach and open up a place like this after they retired, but it only took them thirty or so years to finally realize maybe it was time to pack up shop and leave.

NOTE: I gave this place four stars, but that has nothing to do with the food or the decor or pretty much anything else. It has to do with the fact that this place actually still exists, and has managed to stay in business in a town with a population of less than 300 people. 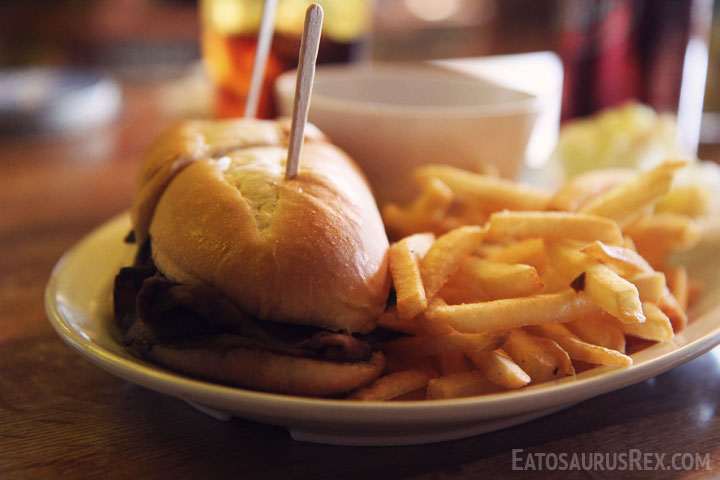 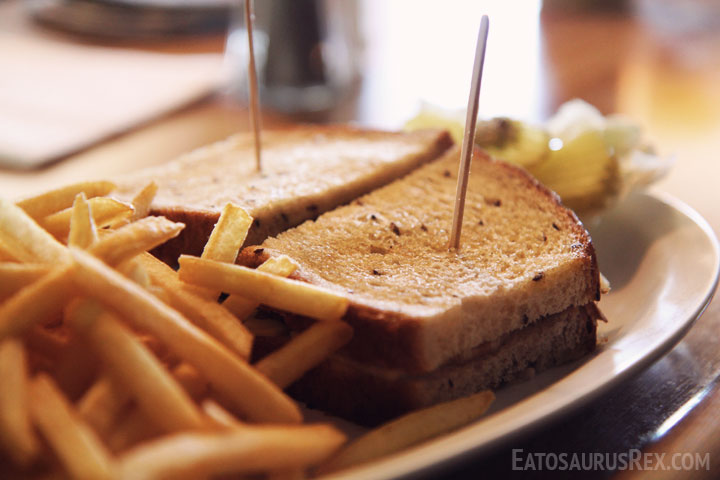 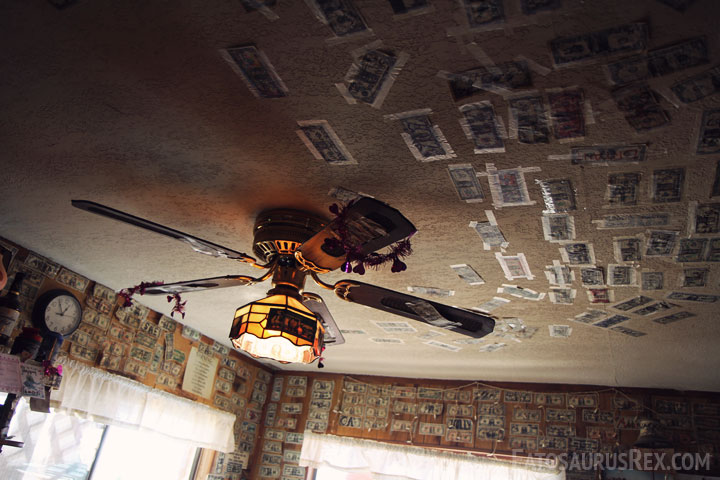 Dollar bills cover the inside like a wallpaper of memories dedicated to the passersby and whoever else has managed to make the trek out to this bizarre little town. 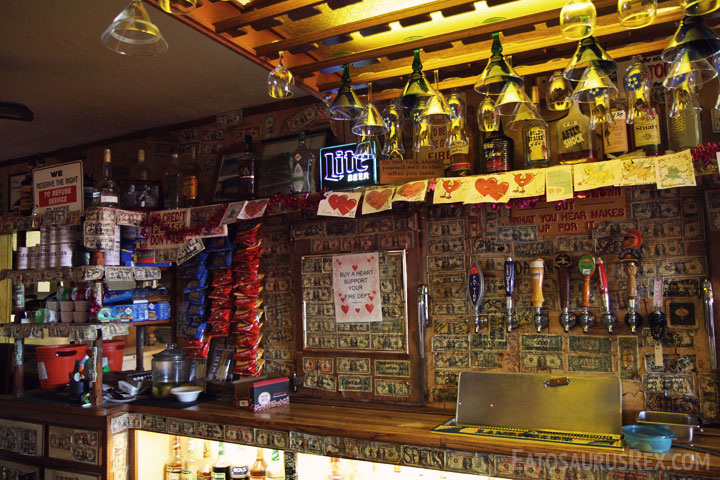 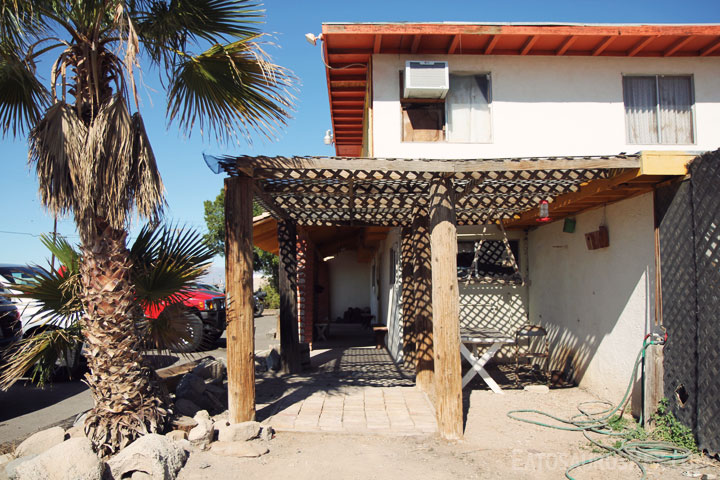 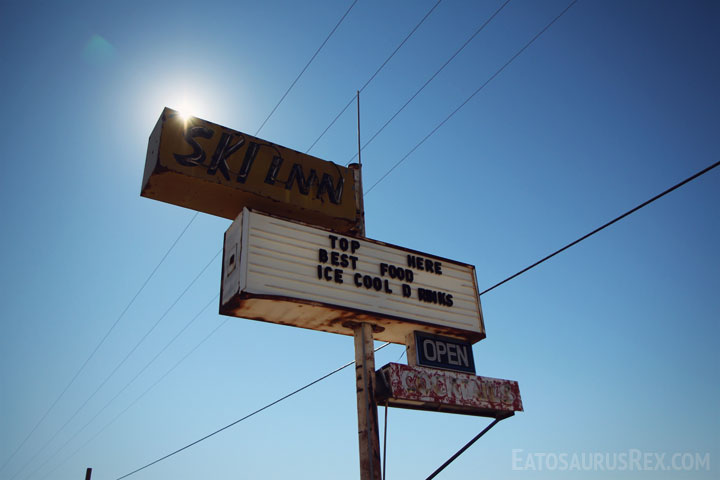 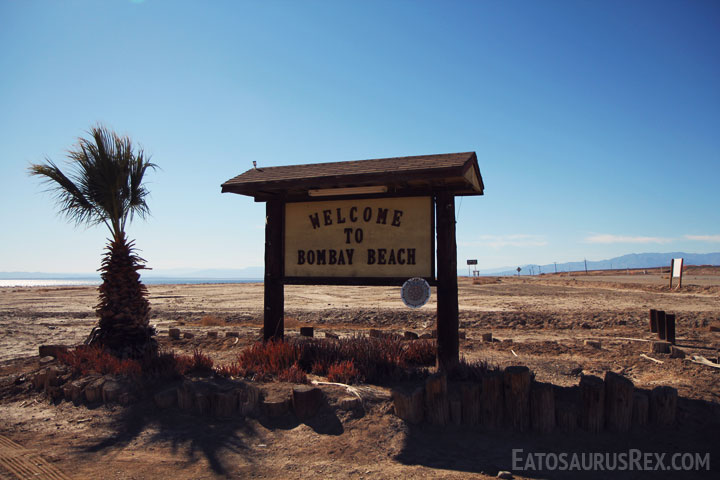