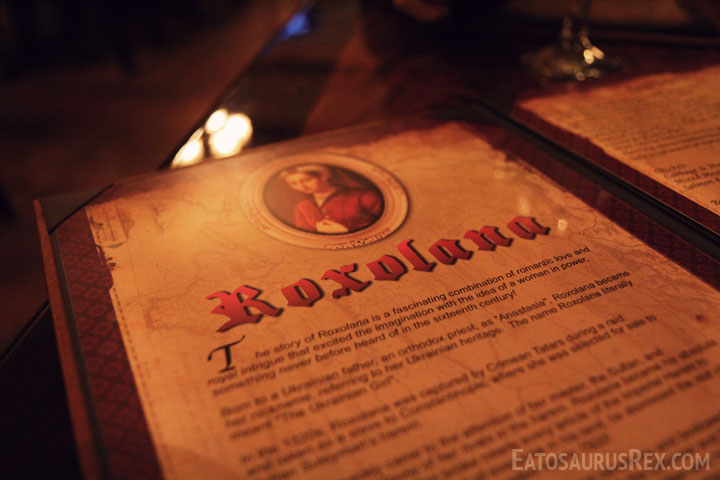 I was actually in Pasadena to check out the (626) Night Market, which advertised itself as “The Only Asian Night Market in Southern California,” but what they forgot to mention was that it was also the largest cluster of madness I’ve ever seen. The entire night market was on maybe the smallest street in Pasadena, and there were so many people it was basically impossible to move, let alone order food. After a solid ten minutes of hating humanity and trying to fight our way through the crowd, my group decided to ditch the market and get some real food, so we ended up walking down the street to Roxolana. Now I’ve had Russian food before, but I think this may have been the first time I’ve ever had Ukranian food. I’m honestly not sophisticated enough to tell you the difference, but I overheard another Eastern European-looking couple say to the waiter that it was delicious, and that’s good enough for me. I judge the authenticity of restaurants based on what complete strangers who look like they’re from the region say. Yes, that’s right, I’m not only unprofessional, I’m also extremely racist. 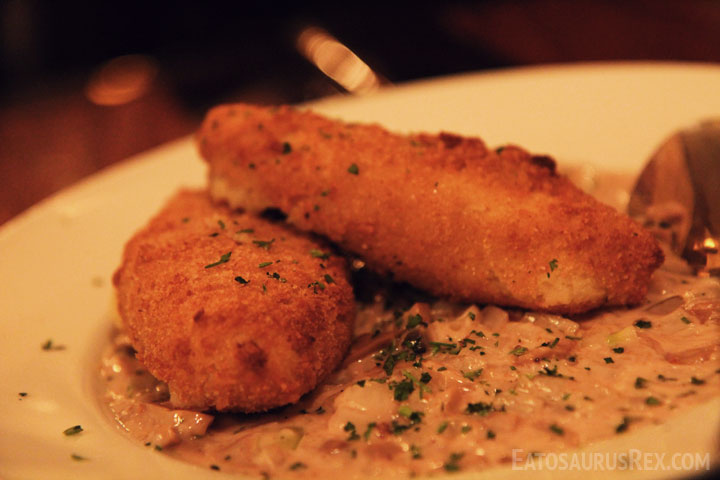 Zrazy (stuffed potato cakes served on a mushroom cream sauce) – Everybody in my group agreed this was the best thing we had all night. The sauce was hearty and comforting, and was so delicious we actually ended up dipping everything else we ordered into it. Pour this stuff onto a shoe and there’s no guarantee I wouldn’t eat that shoe. 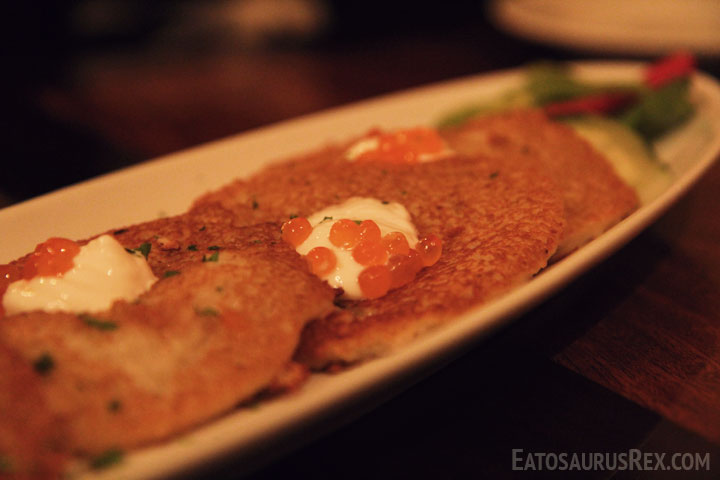 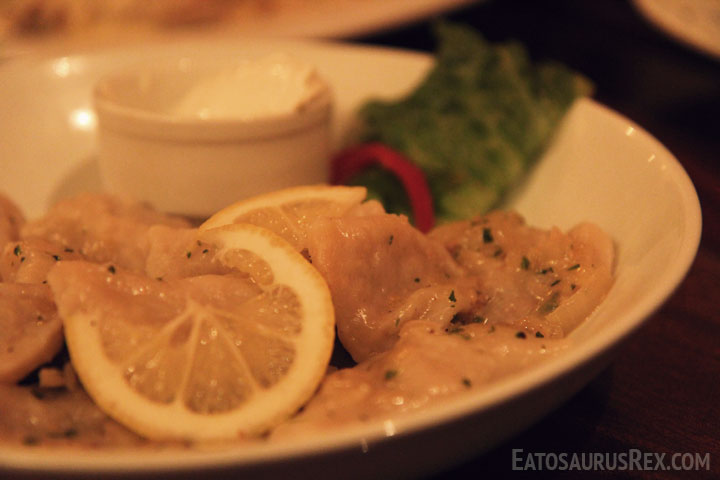 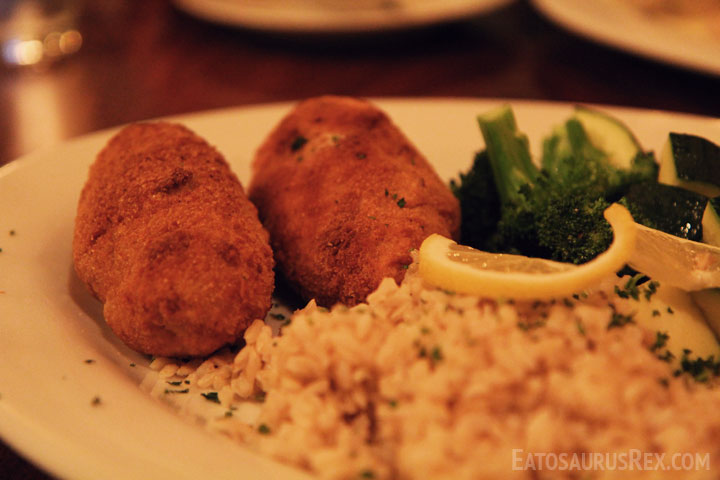 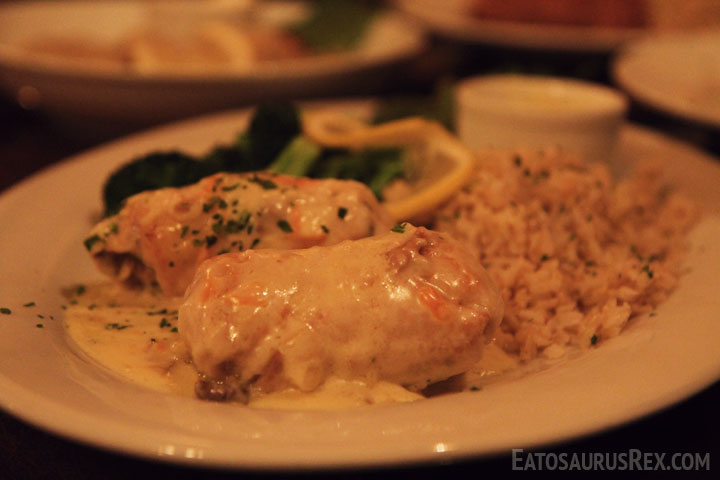 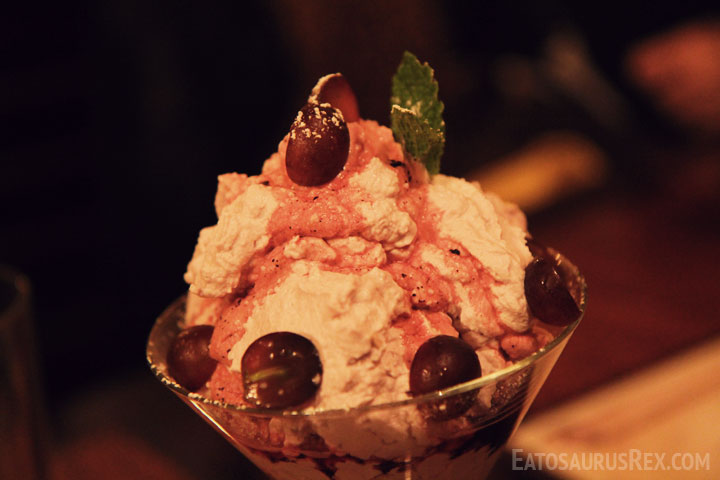 Red Wine Mousse – Basically a normal mousse with some red wine poured over it. 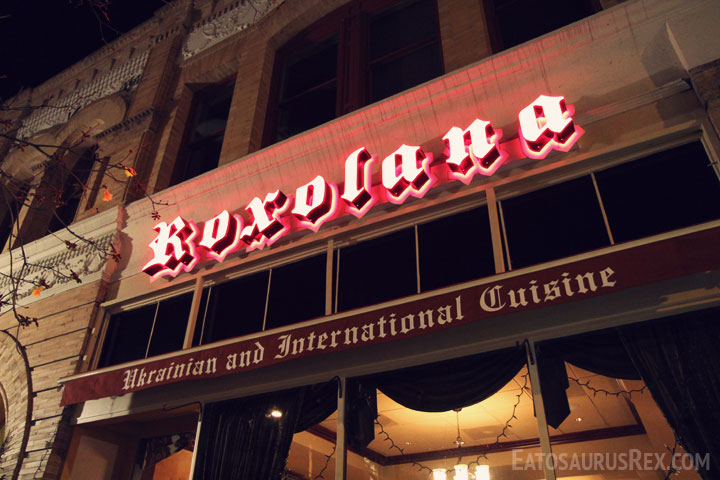