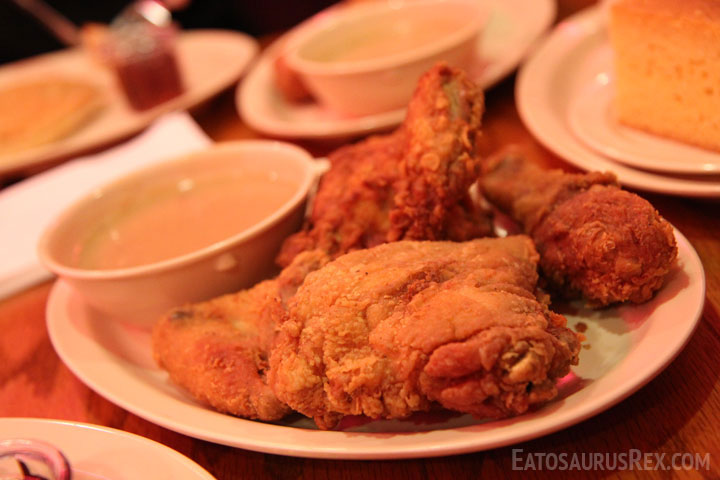 Fried chicken prepared southern style with gravy on the side

I went to Roscoe’s at a different location years ago but I don’t remember it being this good. Maybe I was too young and afraid of being shot at the other location, but my memory of Roscoe’s was barely average chicken and barely average waffles. Turns out it’s actually fairly delicious chicken and barely average waffles.The flavor of the waffles is alright, but I don’t understand why they’re so soggy. At least their syrup has a hint of cinnamon, which is great if you like your syrup to taste of cinnamon. 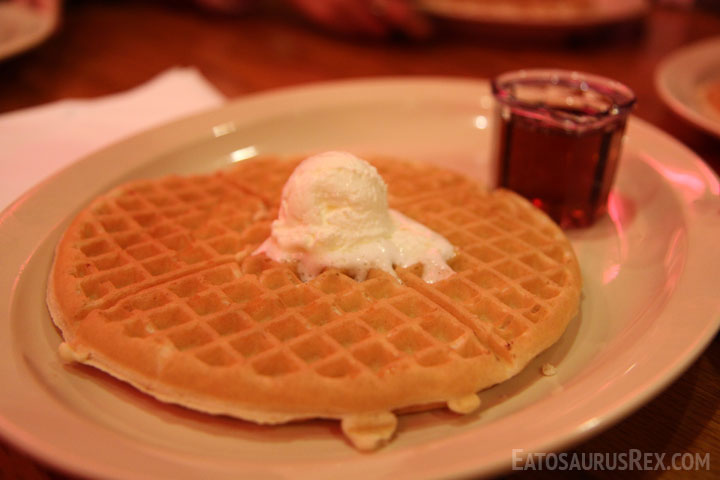 Waffles and syrup – Their waffles are a bit on the soggy side but they get the job done. 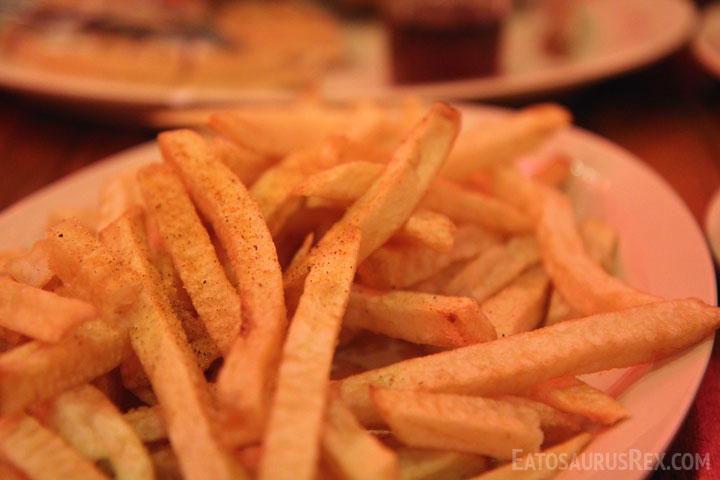 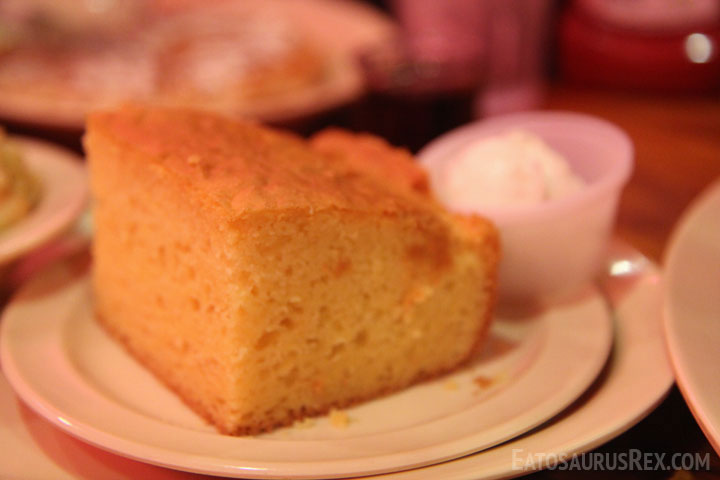 Corn bread – Not the best corn bread I’ve ever had. A bit bland, a bit dry, and not a hint of actual corn pieces. 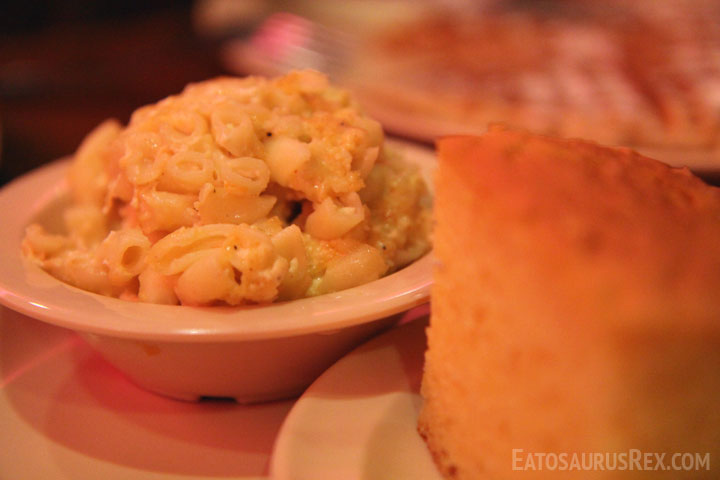 Mac & cheese – Pass on this, unless you have absolutely no standards when it comes to mac & cheese. 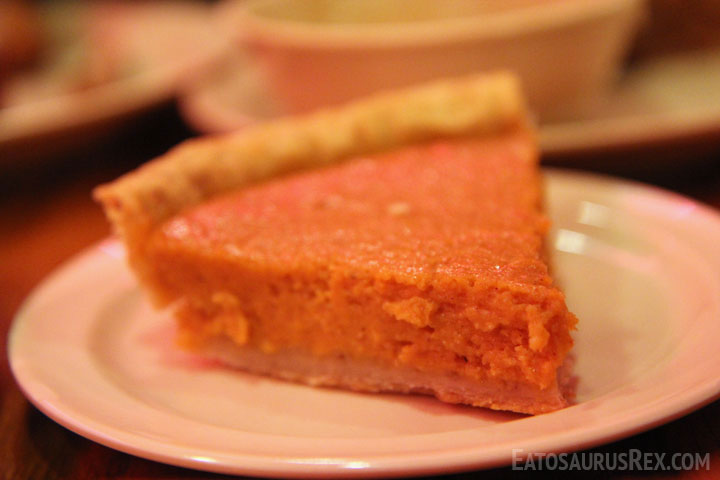 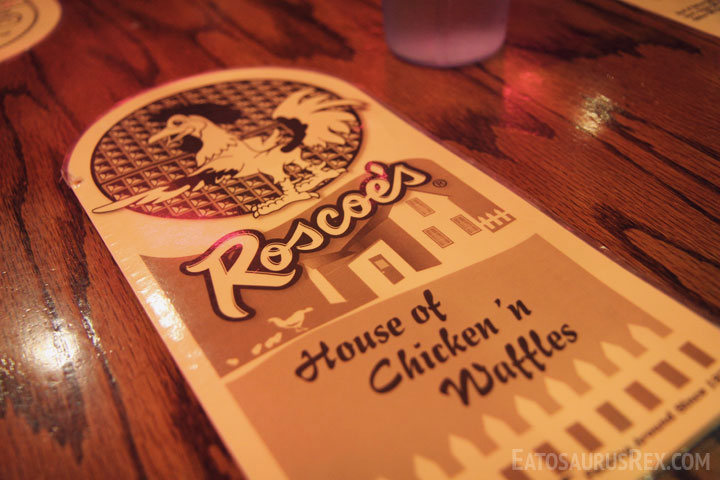 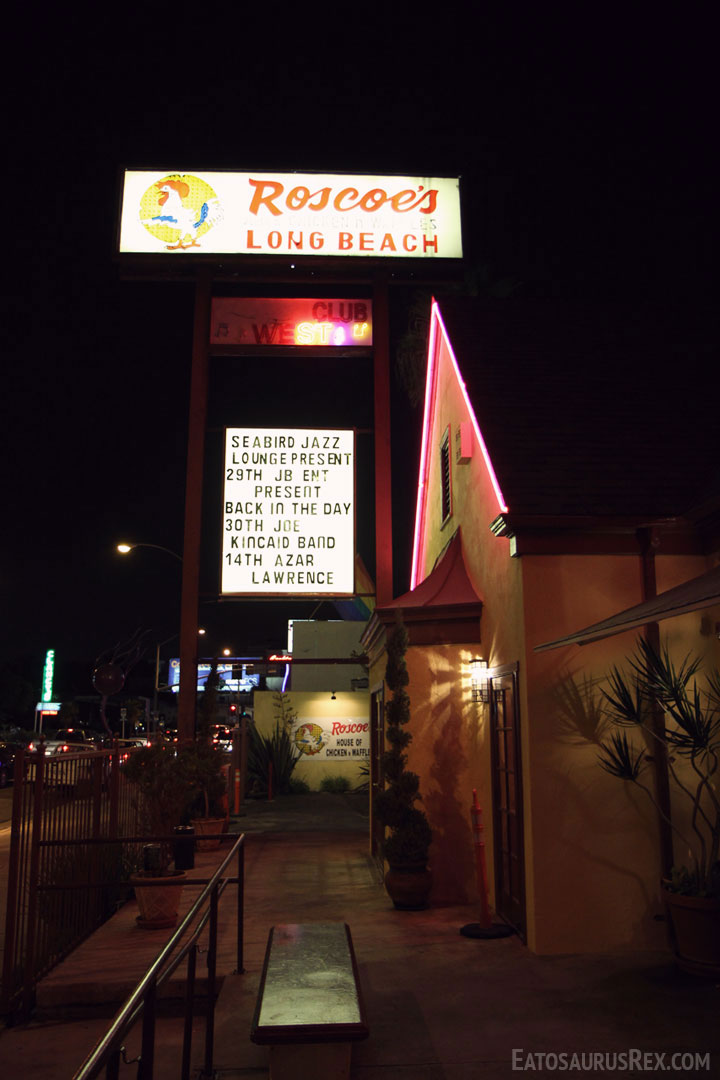