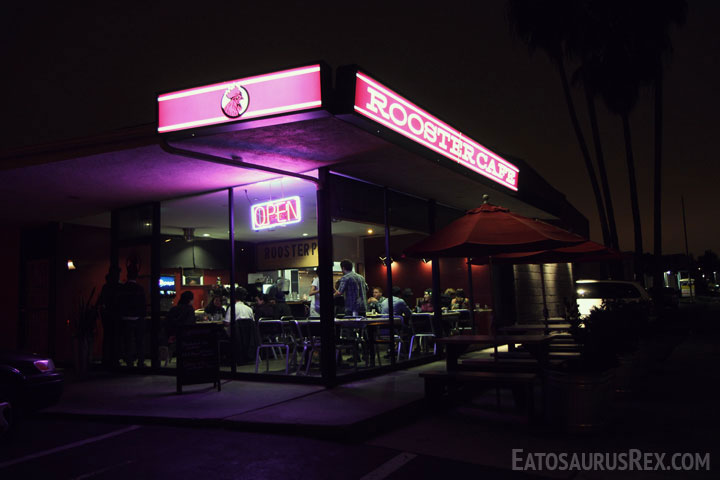 Rooster PM is a tapas/small plates place in Costa Mesa that apparently has joint custody of a space with Rooster Cafe. The owners are different, and at night they cover up the signs and menus for Rooster Cafe and put up their Rooster PM stuff. It’s a strange arrangement, but I guess it works.

The staff here is crazy friendly. They gave us samples of their chili (spicy and delicious), as well as some samples of their fresh-made salsa. The complimentary bread and pesto is standard, but also delicious. The guy saw me taking pictures and brought out a fresh cup of pesto for maximum pictureness. He then asked if I was taking pictures for Yelp and I told him I was taking pictures so I could look at them later because that’s what us gluttons do. Although looking back I should’ve just told him it was for Yelp to finagle a free dessert or something. Maybe a massage in the bathroom? Chicka bow wow… 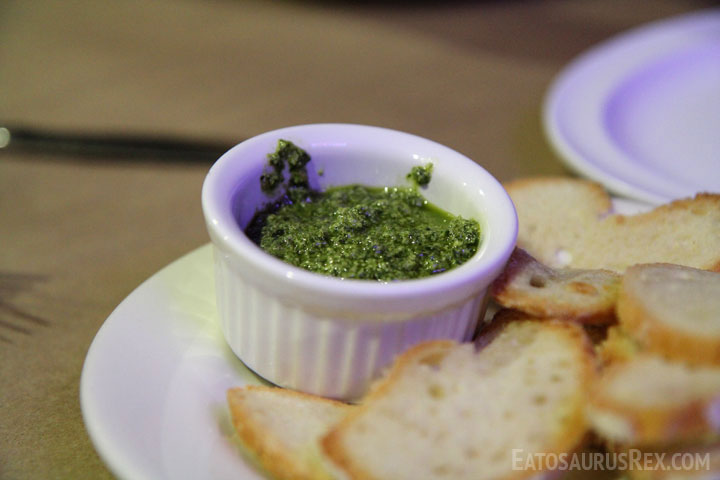 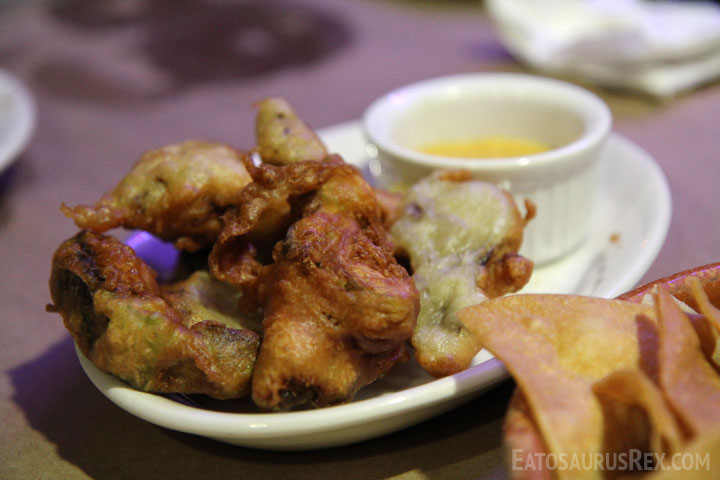 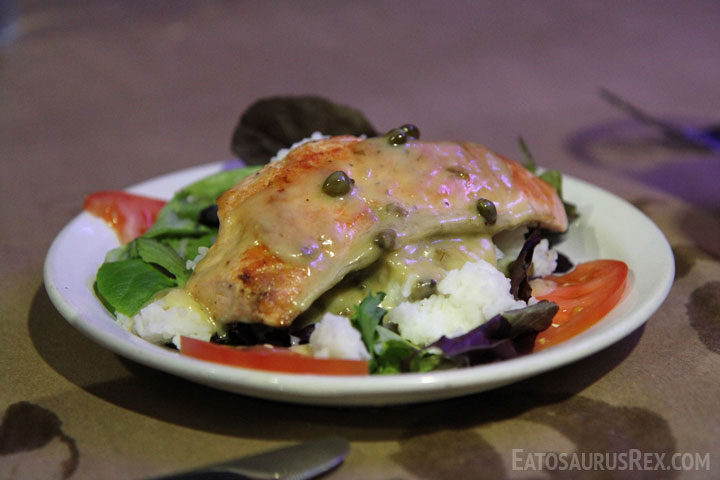 The salmon special, though I forget what was in here. The salmon was good, but the rice was cooked terribly. It was Asian style but was way overcooked and ended up a pile of mush. 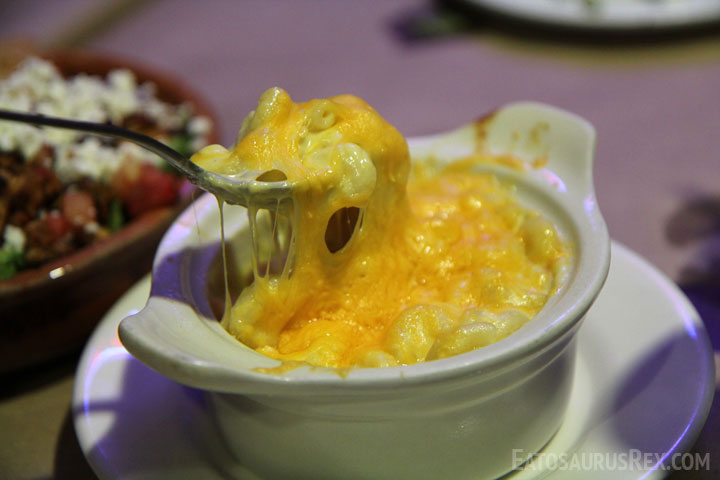 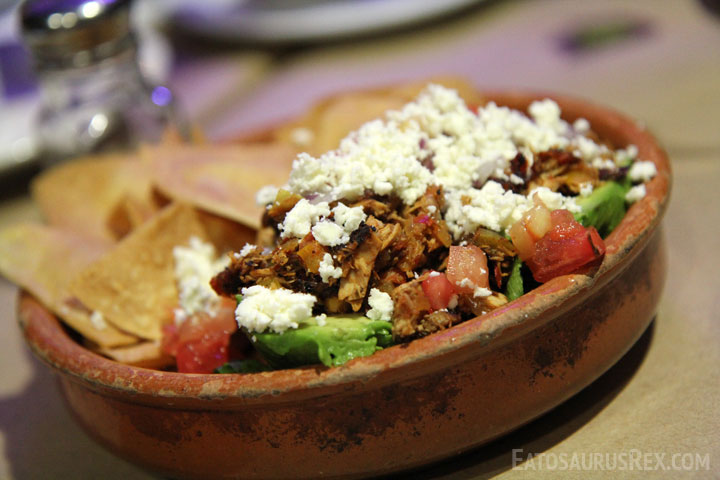 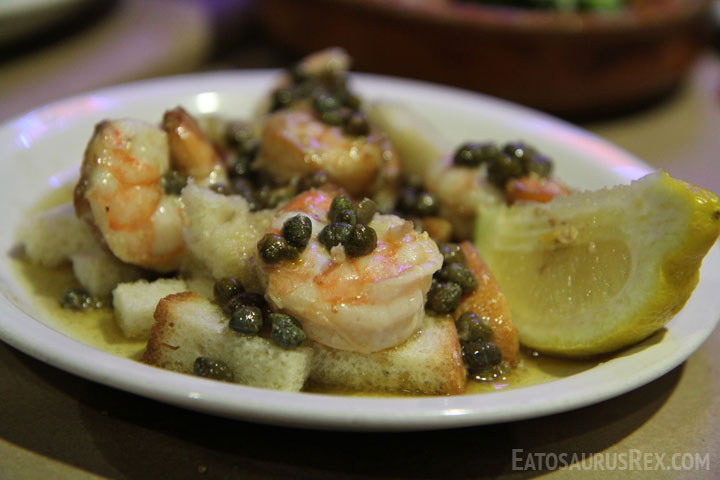 Prawns with Lemon and Capers $10 – A little on the oily side and didn’t taste like the freshest shrimp, but they still somehow managed to get the prawns crunchy and juicy. Me suspects some dark magic brewing in the kitchen. 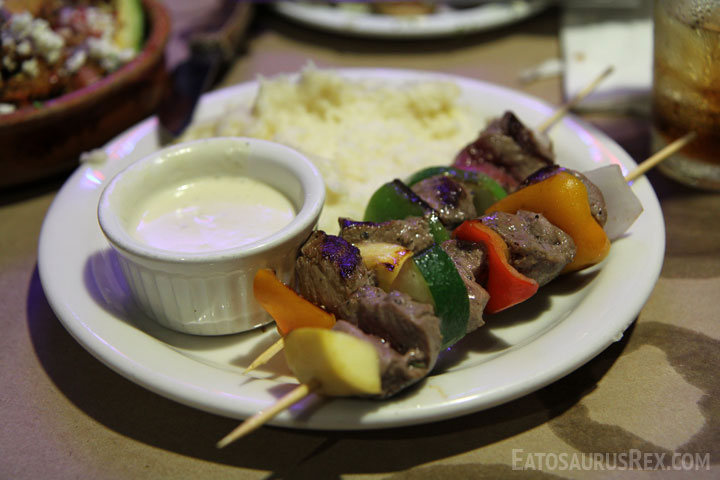 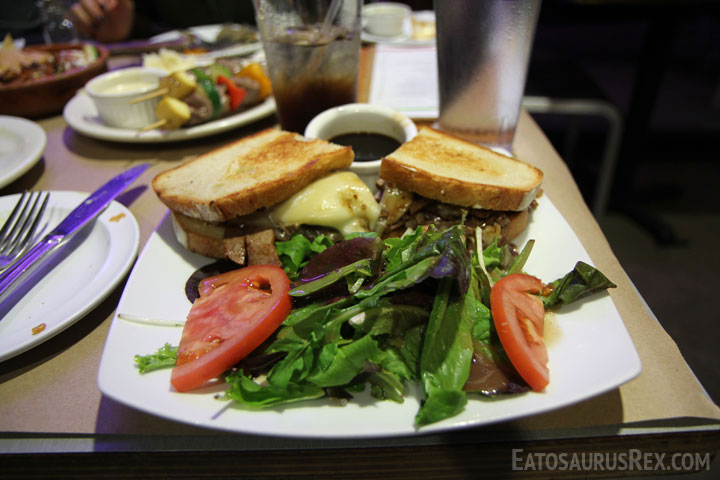 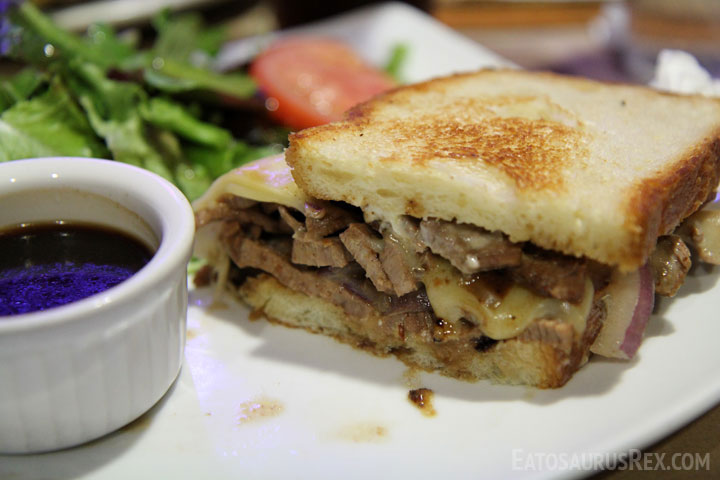 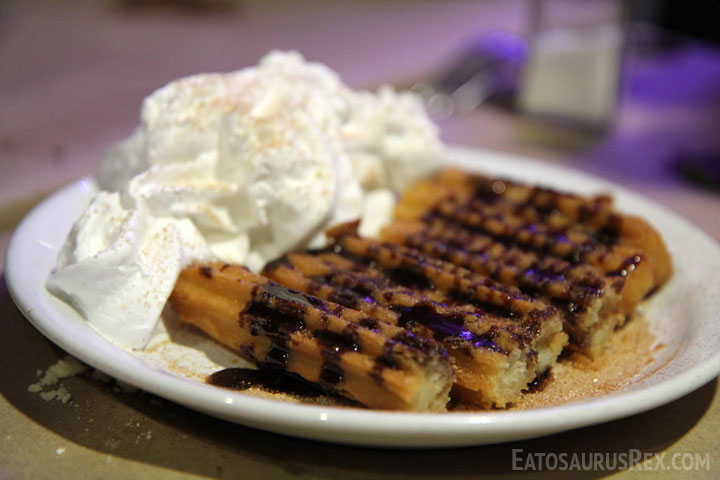 Churros con Chocolate $5 – Maybe this is what churros are supposed to taste like, but they lacked the crispy outside and chewy center I’ve come to expect from my churros. I guess I’ve been spoiled by Disneyland churros, which remain the best churros I’ve ever had. And I’ve been to Spain.