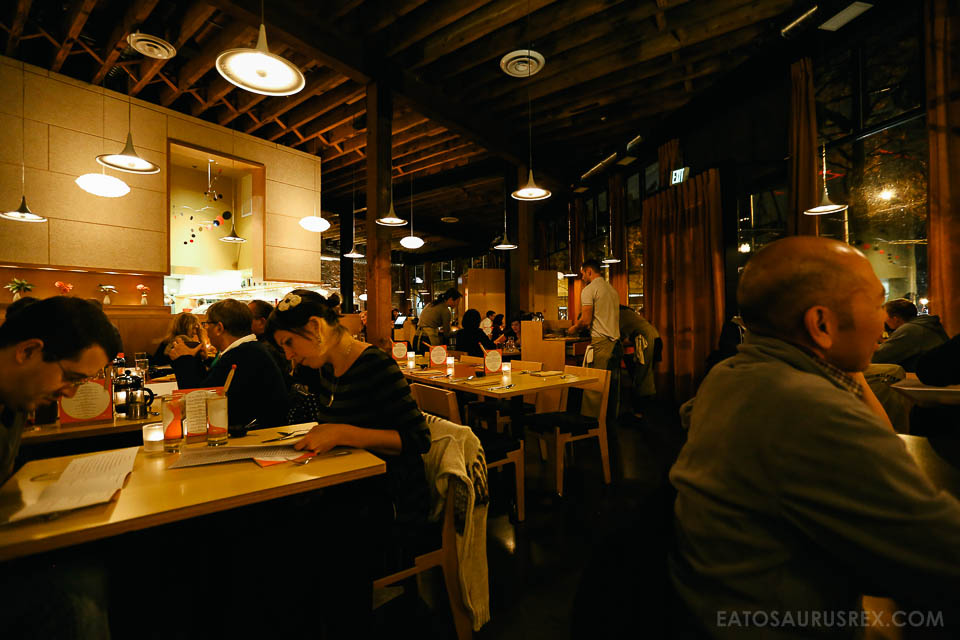 Located in Seattle’s Capitol Hill, Chef Jerry Traunfeld’s Poppy has gained popularity with locals for being delicious as well as having a novel concept; that concept being a Thali platter of locally sourced New American food.  Don’t know what a Thali platter is? It’s like a bento box but for Indian food. Don’t know what a bento box is? Why are you even on this food site? Wouldn’t your time be better spent reading a book? Or eating paint chips? Get out there, man. Learn something about the world. Maybe bring me back a souvenir. Preferably something I can resell on eBay. 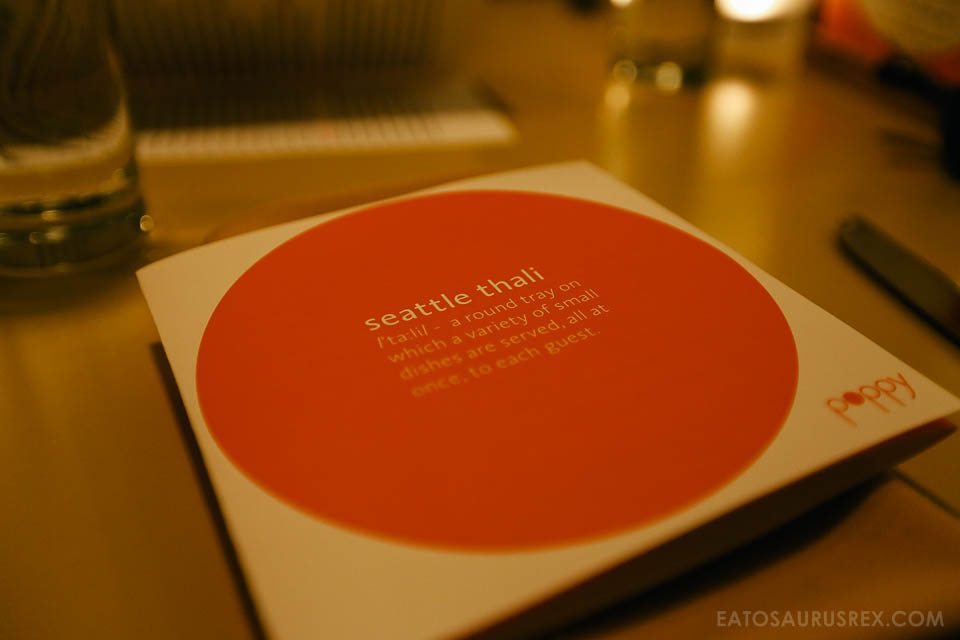 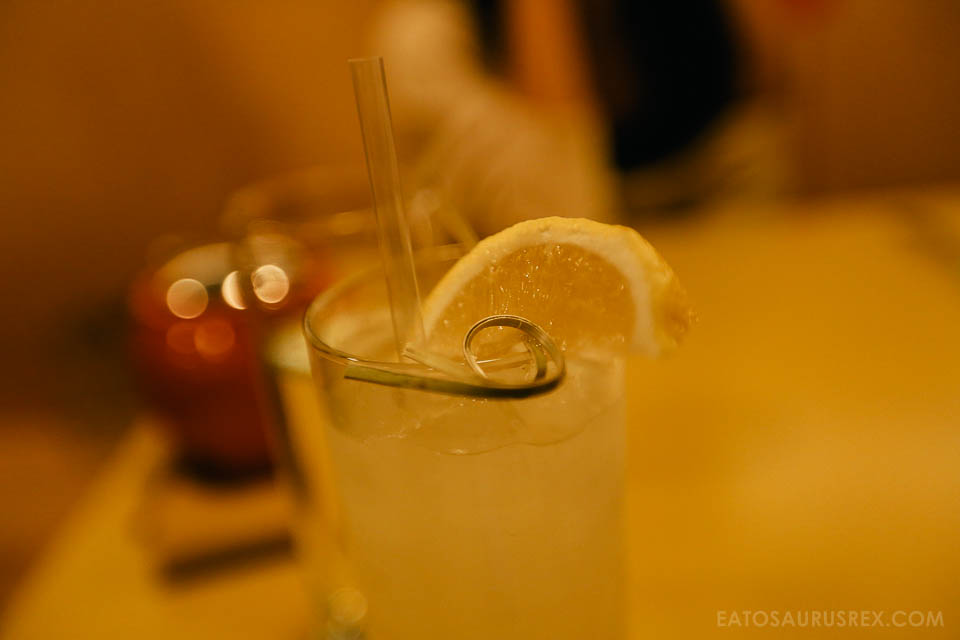 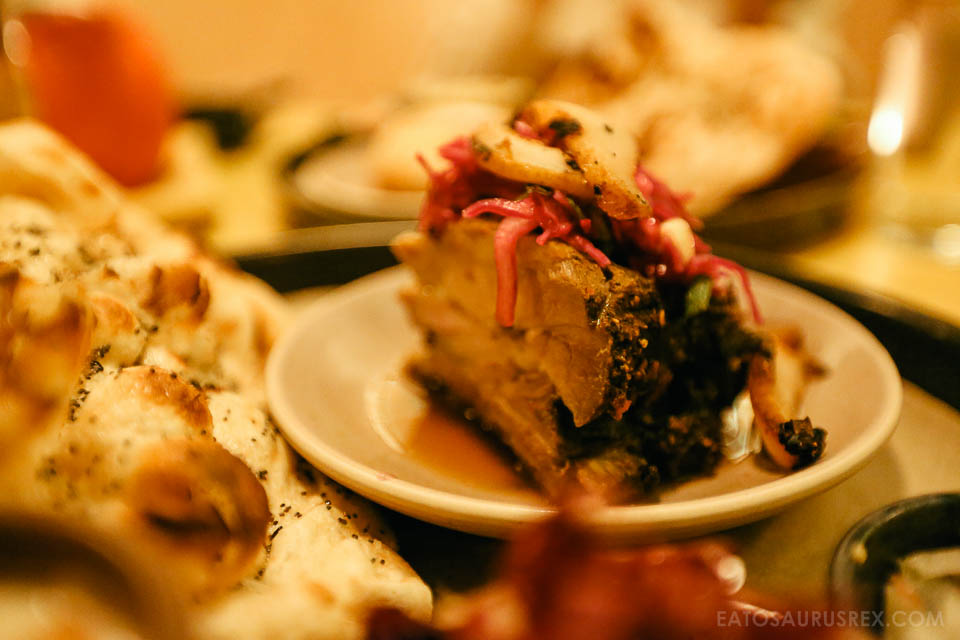 spice-rubbed berkshire pork ribs with roasted pear $28
Make sure you eat the dishes together, because some of them aren’t meant to be eaten on their own. At least I don’t think so. It would be pretty weird if somebody out there enjoys munching on bitter cabbage by itself. Or diced cucumbers. Maybe you’re a rabbit. I don’t know. 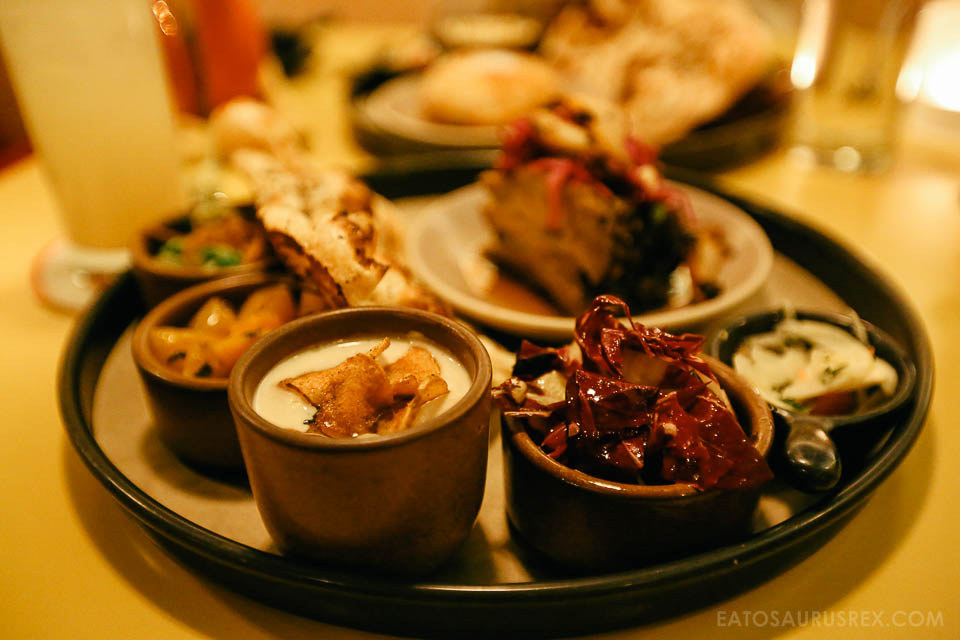 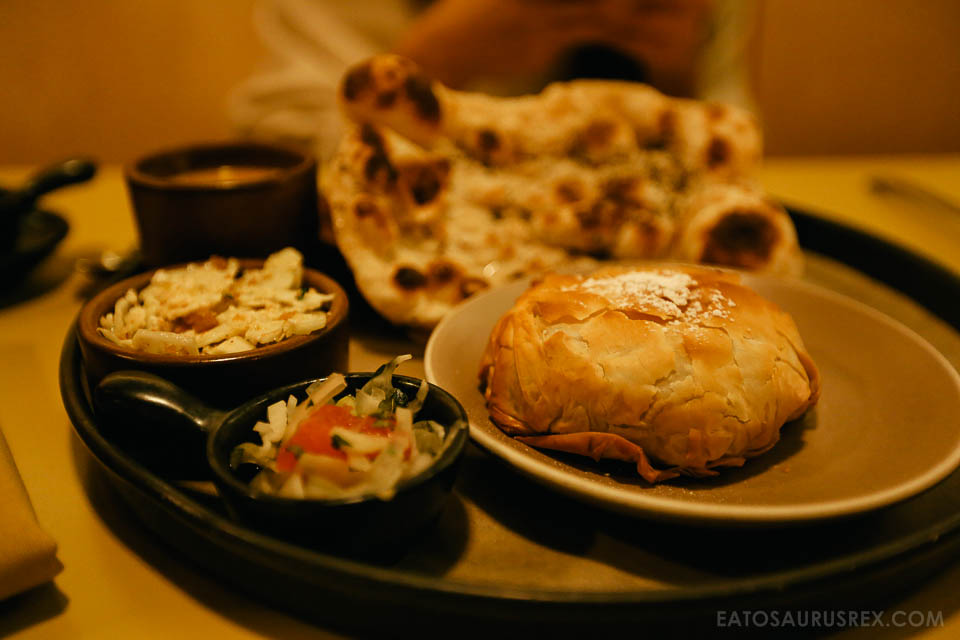 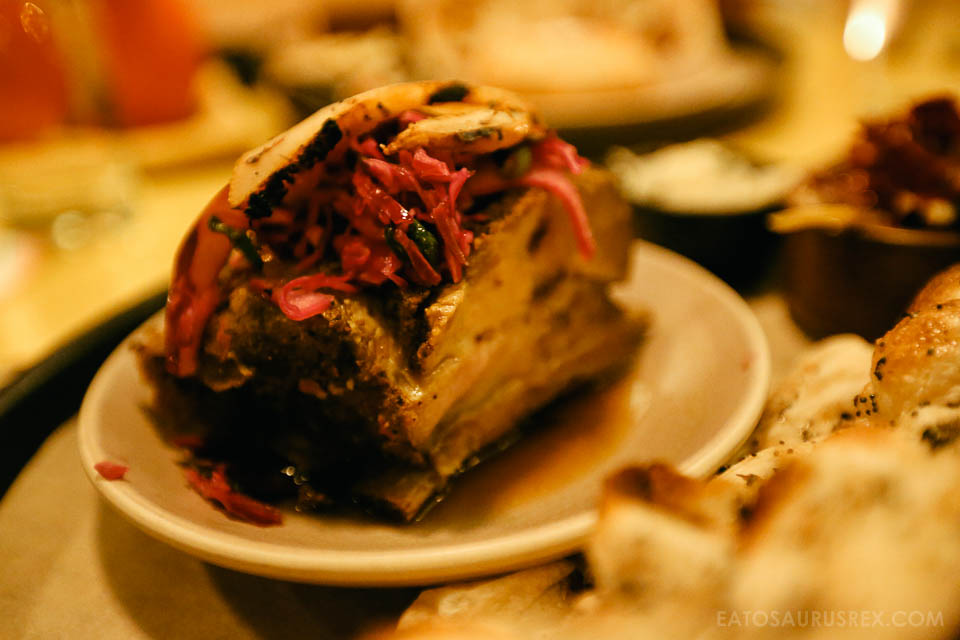 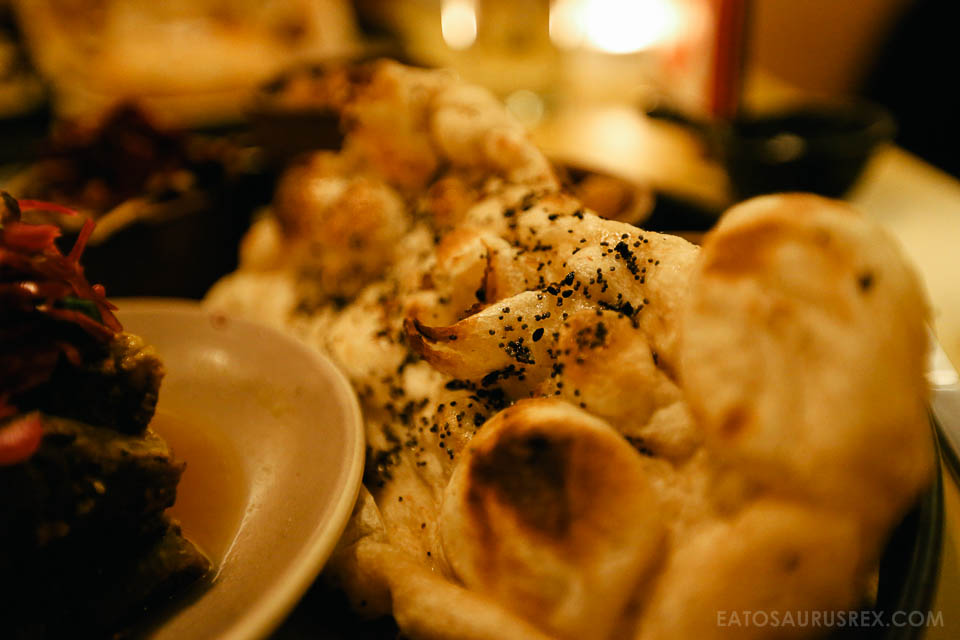 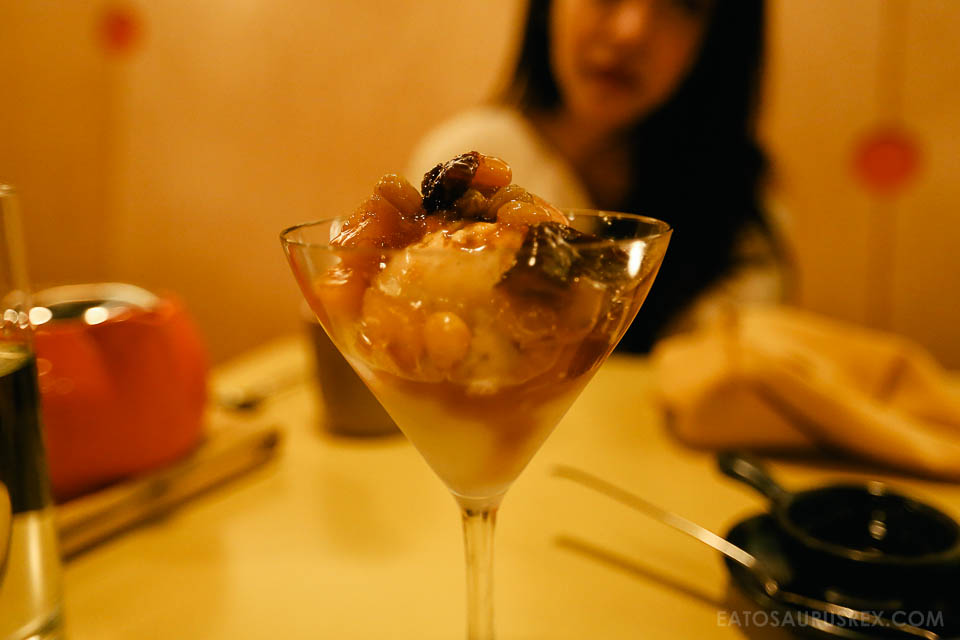 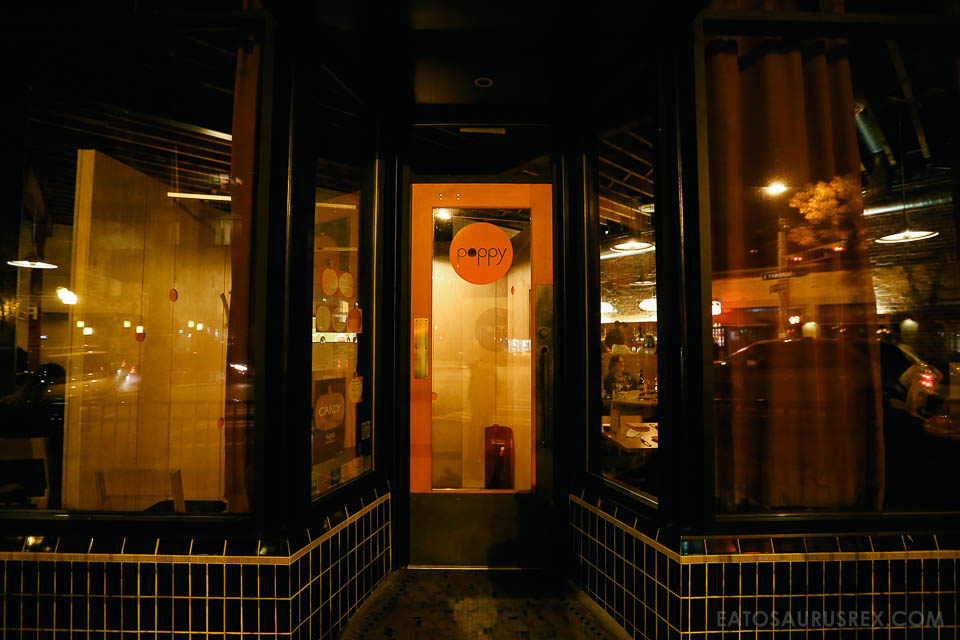 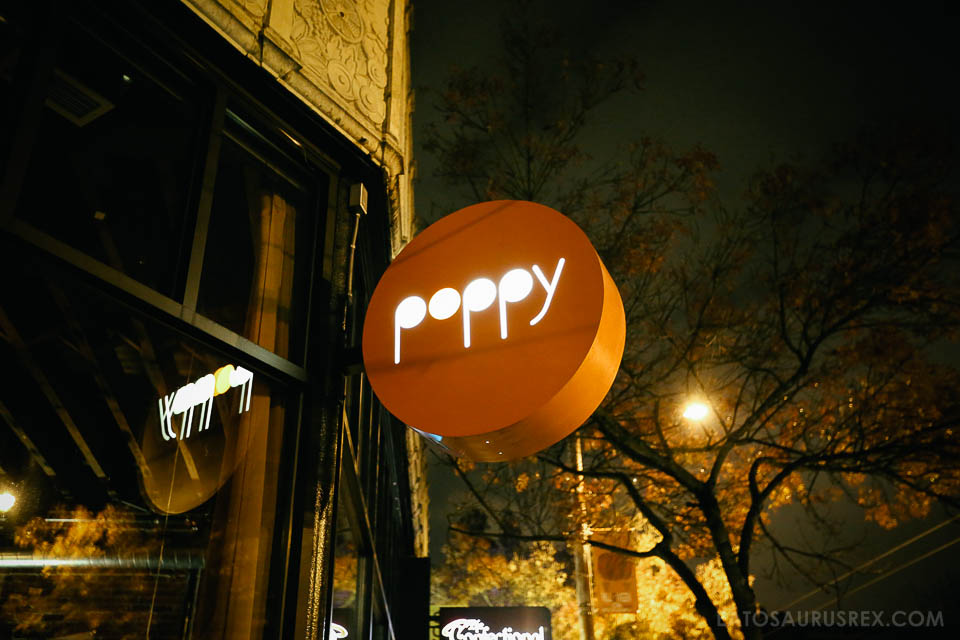