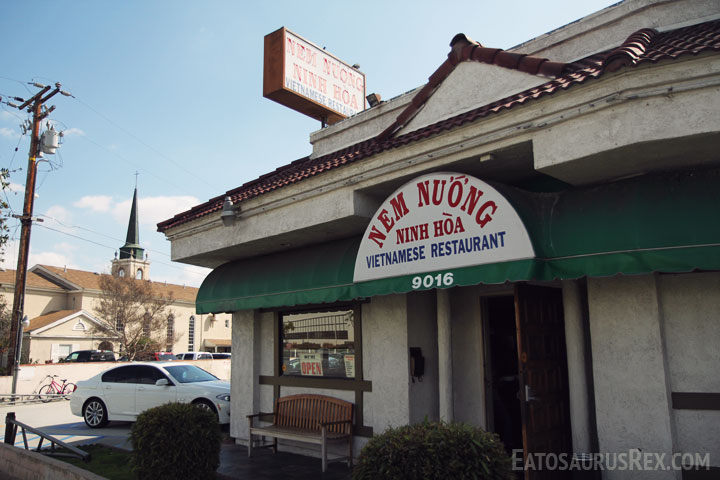 When I get Vietnamese food I usually stick to what I know. And that means pho, pho, or sometimes pho. But apparently there’s more to Vietnamese food than pho. Nem Nuong Ninh Hoa seems to be one of the more popular Vietnamese places outside Westminster, and they specialize in central Vietnamese cuisine. Their spring rolls rival Brodard’s and that’s saying something. Namely, that they’re freaking amazing. I got a half order of the pork rolls because I thought I wouldn’t be able to finish, but I regretted it almost immediately. They’ve also got banh beo (kind of like a rice pancake) but I thought ordering two appetizers was a bit excessive, especially since the banh beo looked like it served eight people or something. Which normally wouldn’t be a problem, but lately I’ve only been eating for seven. A man has his limits! 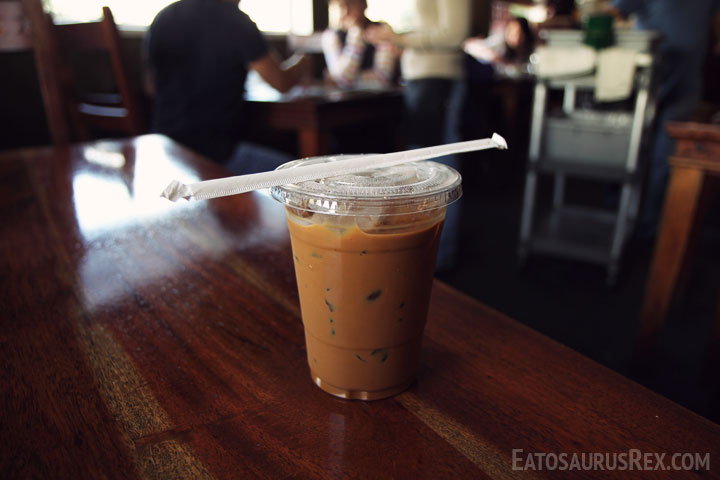 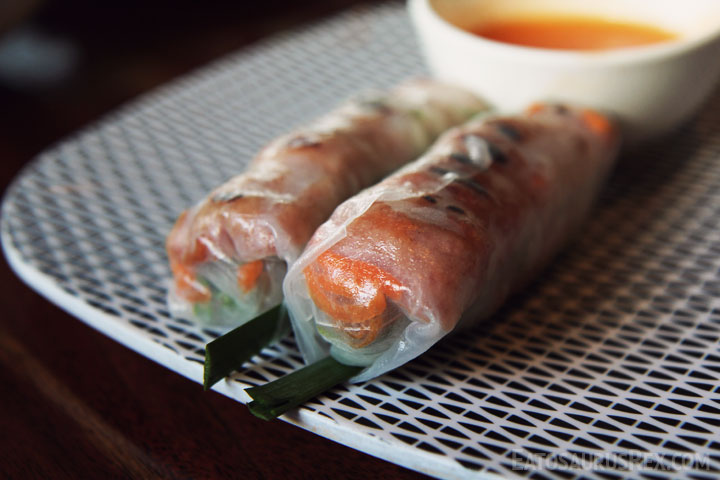 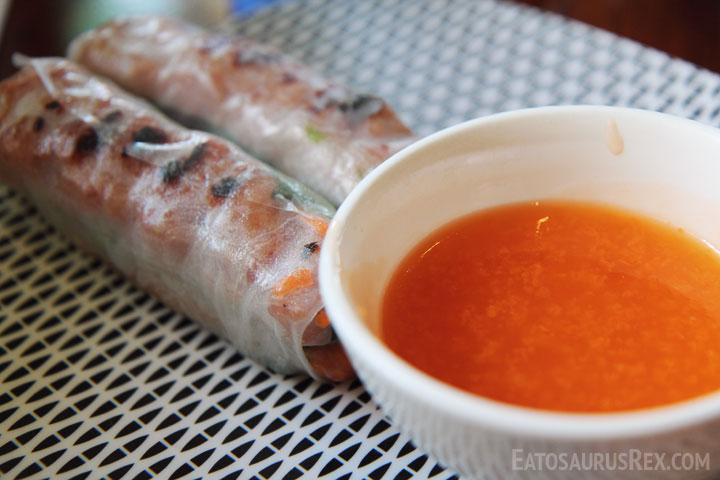 Nem Nuong Cuon voi Cha Ram Tom (charbroiled pork meatballs rolled with rice paper and shrimp roll) – So good. Order whatever else you want but make sure you get an order of these. Or two orders. Screw it, just get three orders and mail me at least one of them. 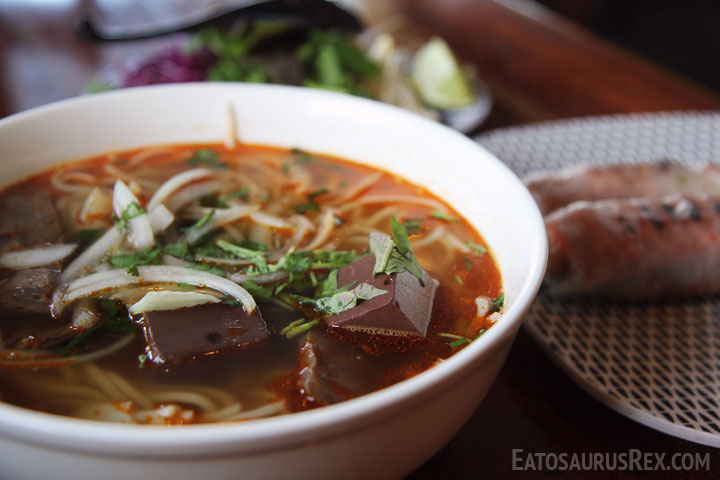 Bun Bo Hue (central Vietnamese beef noodle soup with beef shank, pig feet, and pig blood) – Not very spicy and slightly bland. Definitely not the best bun bo hue I’ve ever had, but not very many places even serve this stuff so I guess take what you can get.