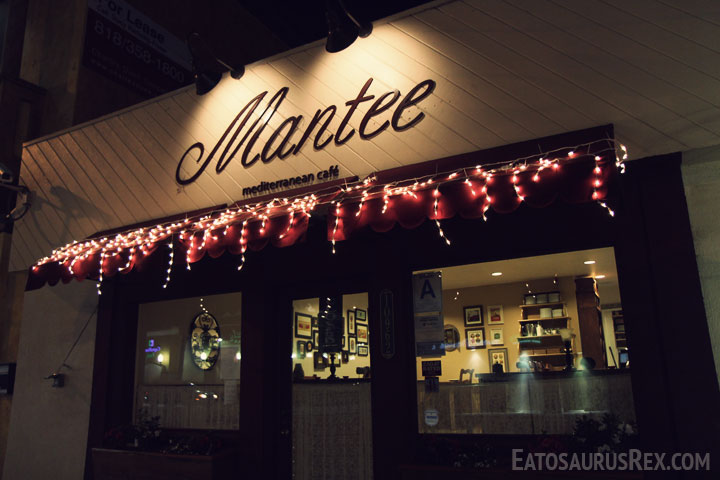 Mantee is a cozy (almost too cozy) little Middle Eastern place located in Studio City. It’s run by Jonathan Darakjian, whose family apparently owns one of the best-known Armenian restaurants in Beirut. That doesn’t really mean anything to me, but I guess it means he knows a thing or two about making really good Middle Eastern food. And he does. Unfortunately, he also knows how to make me really uncomfortable, because the whole time I was there he kept yelling at me. By taking pictures of the food instead of my dining partner, he took that to mean I thought my date was an ugly hippopotamus. I’m not saying she wasn’t, but this would be the weirdest food blog ever if it was just filled with pictures of the people I eat with. Anyways, the harassment would’ve bugged me more if the food wasn’t so damn good. I didn’t really know what to order so I went with the dishes that had the restaurant’s name in the title. Not always the best strategy, but in this case it worked out. I have no idea what I ended up eating, but every single dish made me squeal with delight. Like a pig. I was like a pig. Squealing. In a restaurant. I think this is why my parents are so ashamed of me. 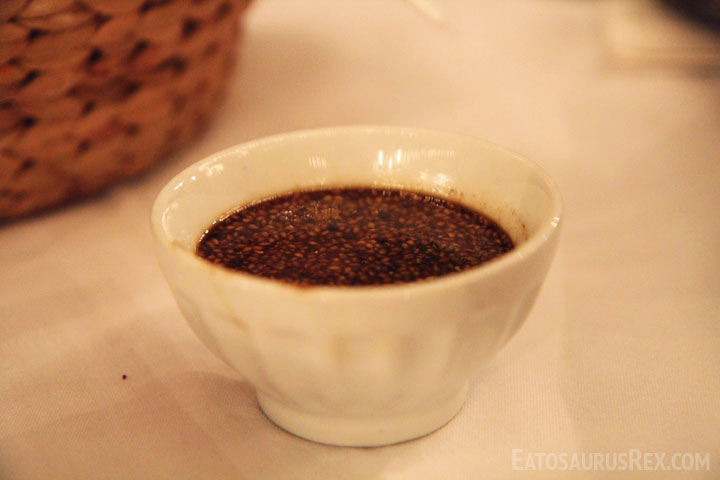 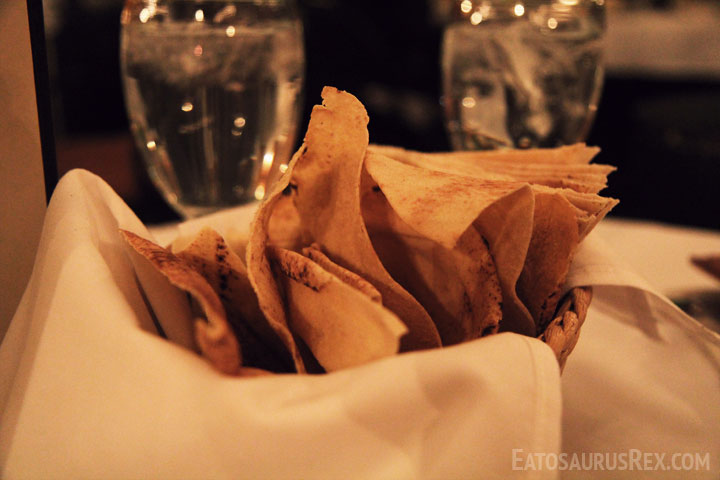 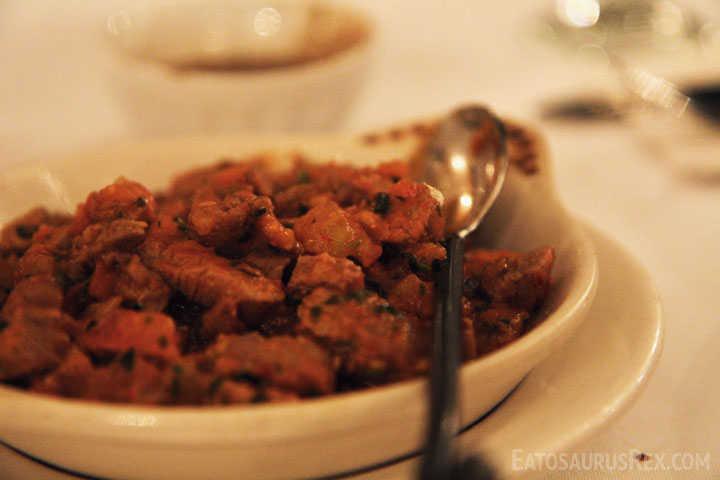 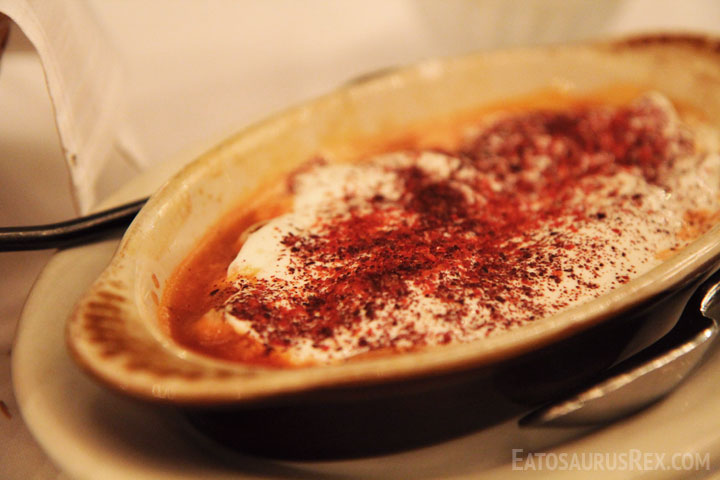 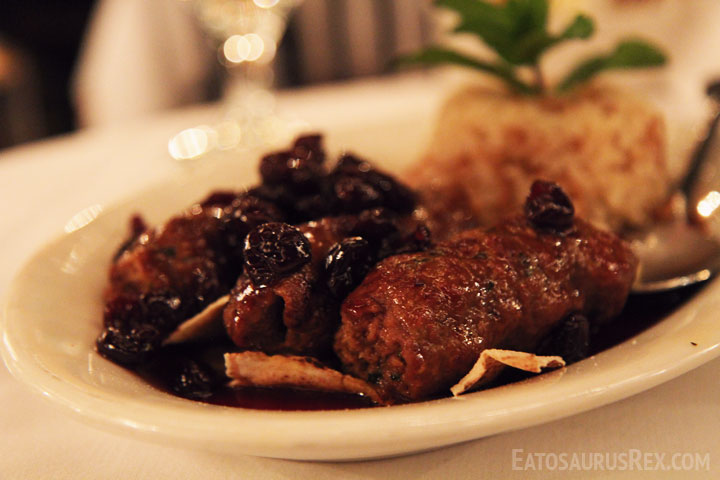 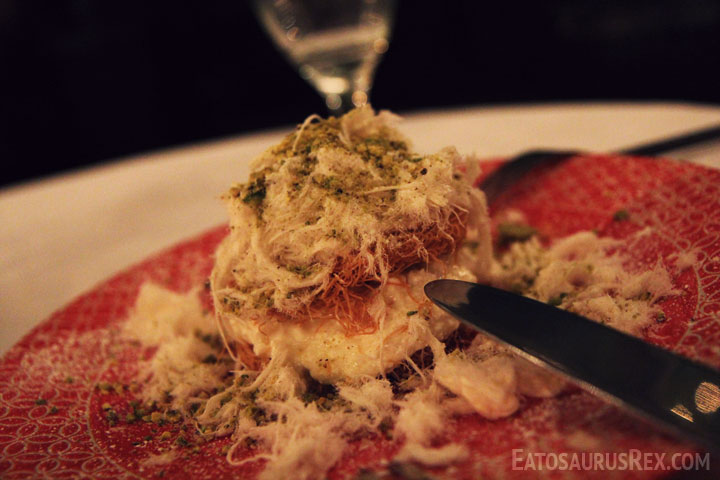 Over the Moon “Kadayef” (shredded fillo dough, Ashta cream, topped with traditional floss halva) – I went with the more traditional dessert because I’m a sucker for stuff like that. I was tempted to ask them what the most Middle Eastern dessert was, but I was afraid that might come off as a tad ignorant. 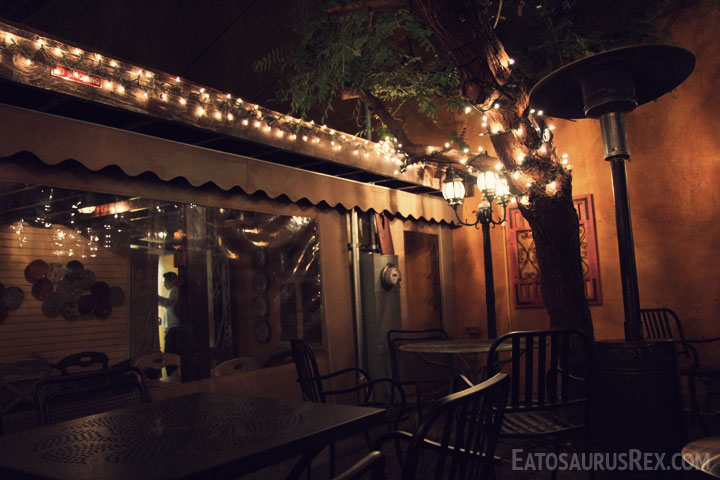