Downtown Santa Ana has gone through a bit of a resurgence in recent years. What used to be a place you’d go to to get shot and stabbed is now a place you go to to grab a bite to eat (while you’re getting shot and stabbed). Little Sparrow is one of the newest additions to the Santa Ana restaurant scene and features a trendy cocktail lounge in one half of the space and a cute dining area in the other. The food was decent enough, but was surprisingly pricy for what you get. It’s not like food at The Playground is cheap, but their dishes are so solid I’m never asking myself if it’s really worth it when I’m eating there. At Little Sparrow when the bill came, I was tempted to throw it at my date and then jump through the window to make my getaway. Although to be fair, I contemplated the same plan last week when I was at McDonald’s. 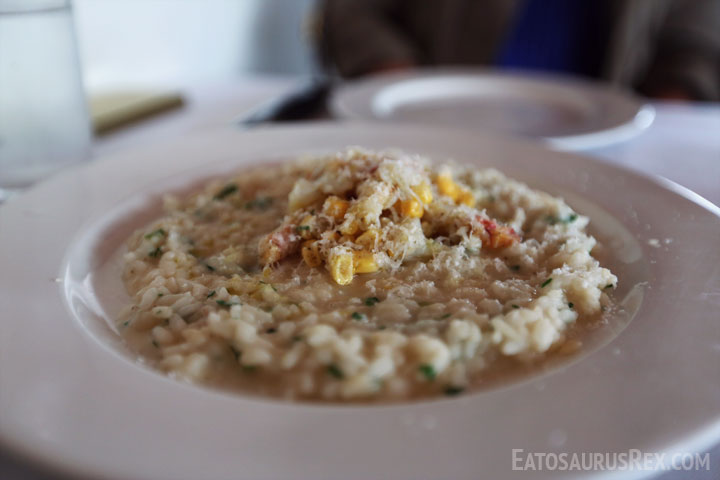 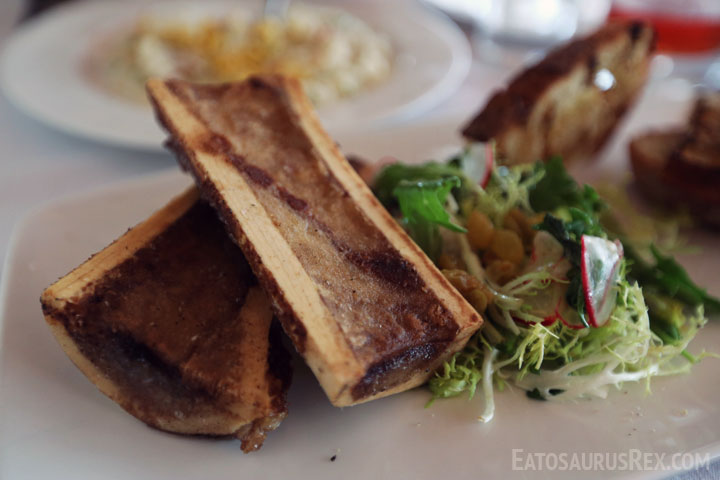 $15 – Roasted bone marrow, grilled bread, bitter salad
The good: there was a lot of bone marrow. The bad: it was super bland and tasted like nothing. Not terrible, but one of the more disappointing bone marrow dishes I’ve ever had. 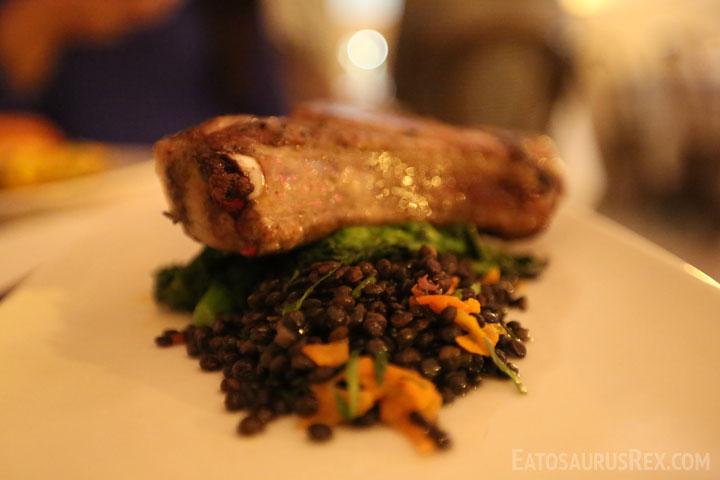 $29 – Grilled Heritage pork chop, beluga lentils, rapini, kumquat
Usually I hate pork chops because they’re overly cooked and too dry. This was not. It was tender and juicy, and served just undercooked enough to make me question whether or not I should even be eating it. I don’t know if it’s always served a little bloody, but I haven’t gotten tapeworm yet so I’m not complaining. I won’t vouch for the rest of the stuff on the plate, but the pork chop itself was pretty good. 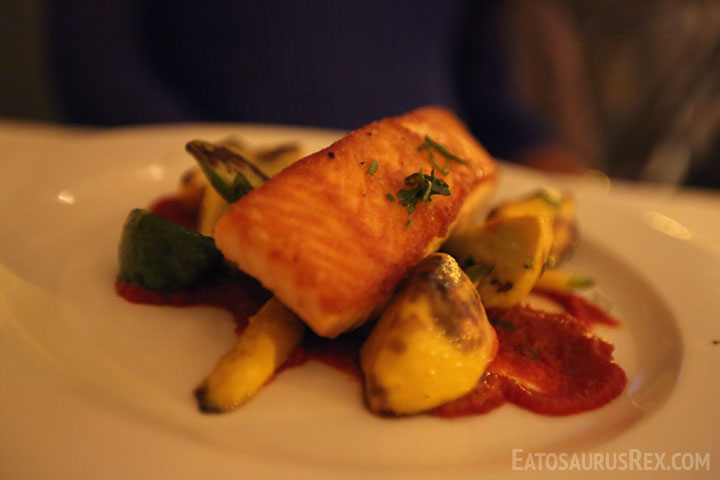 $28 – Skuna Bay salmon, tomato vadavan sauce, grilled baby squash
The waitress claimed this would be the best fish dish we would ever eat. It wasn’t. Not even close. The salmon was cooked well and it was pretty tasty overall but, c’mon, the best fish dish ever? With a claim like that they should’ve replaced the plate with a supermodel and the fish with a stack of cash. And even then it probably wouldn’t crack the top ten. 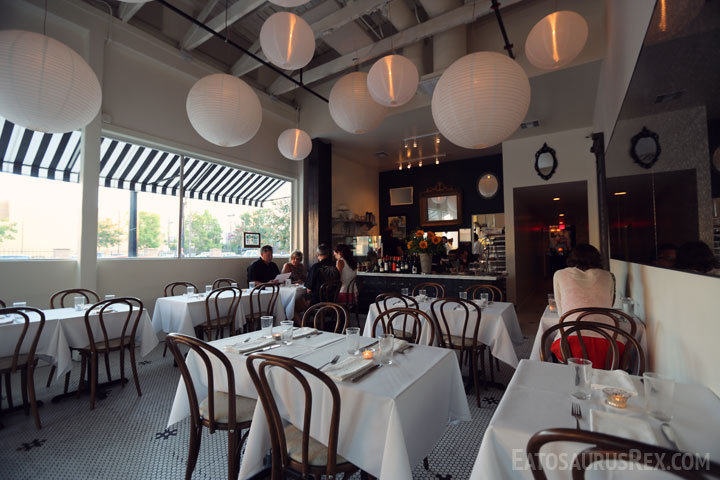