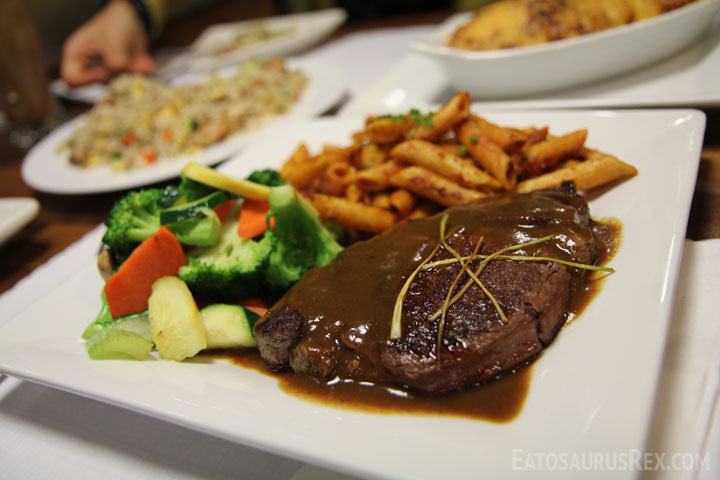 Considering the abundance of Asian restaurants in Orange County, it’s strange to think that there aren’t any Hong Kong cafes. There used to be O’Shine, which then turned into Red Onion, which then disappeared completely and was replaced by the Korean BBQ Shik Do Rak. So you can understand why I was so excited when I found out Koko’s Cafe was going to be a new Hong Kong cafe opening up in Irvine, and why I was so disappointed when I actually finally got a chance to go.

What do you think of when you think of Hong Kong cafes? Late hours? Bright lights? Flat-screen TV’s playing strange Cantonese TV shows? Well Koko’s Cafe has none of that. It’s like they looked at all the things that make a Hong Kong cafe awesome and said, “Nope, not for us. No sirree. We’re gonna be boring and quiet. Like a library.”

The food is actually pretty decent and the service was excellent (possibly because we were literally the only people eating there besides the owner’s family), but that’s about it. The decor is bland and for some reason they play elevator music in the restaurant at an awkwardly low volume. The silence was so uncomfortable we felt like we should be whispering, which is the exact opposite of how you should feel in a Hong Kong cafe. At one point we asked the waiter what was up with the music and he told us he had talked to the owner about it before but apparently the guy loves his elevator music too much to change it. We actually want this place to succeed, so we told him to tell the owner again and let him know it was our suggestion. To our horror he then walked straight over and told the owner’s son before we even had a chance to leave. We overheard a loud, “What’s wrong with the music?!” as we quickly grabbed our stuff and ran out because, well, c’mon. Seriously, Mr. Waiter? 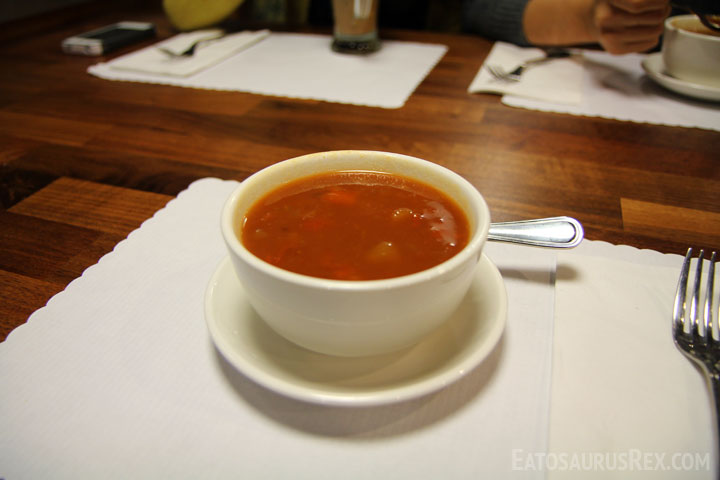 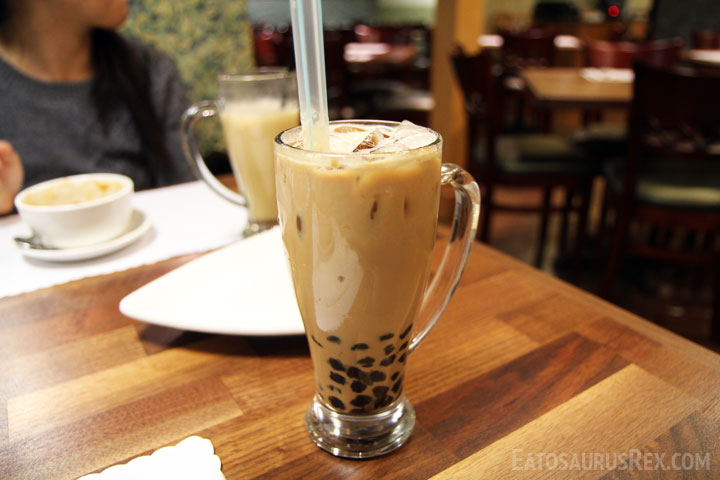 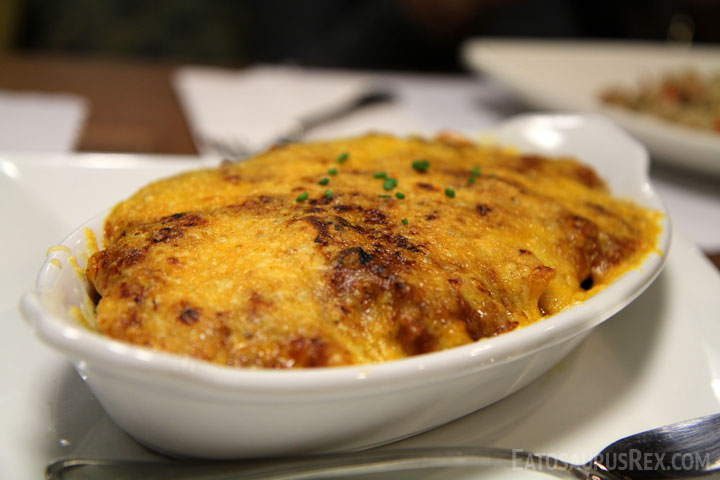 Pasta Bolognese – They use penne instead of the typical spaghetti, but other than that, this really hit the Hong Kong pasta spot. A little sweeter than standard Italian pasta, but simple and tasty. 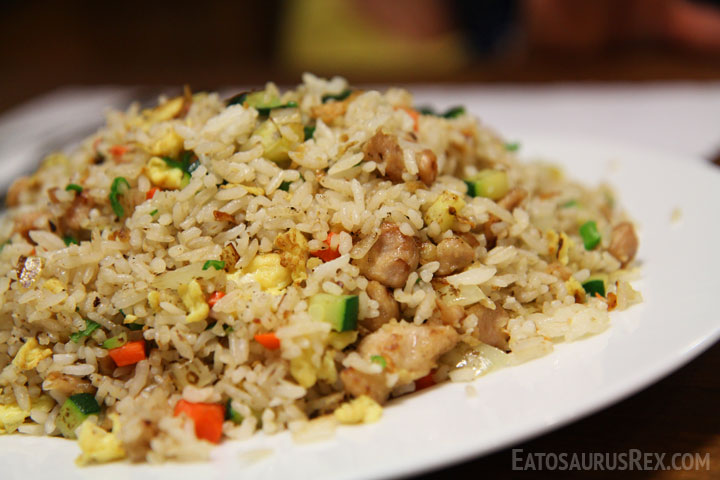 Salted Fish Fried Rice – Not bad, but could’ve used some more salted fish. They claimed it’s because Americans don’t like the rice so salty, but I’m pretty sure they’re just being stingy with the good stuff. 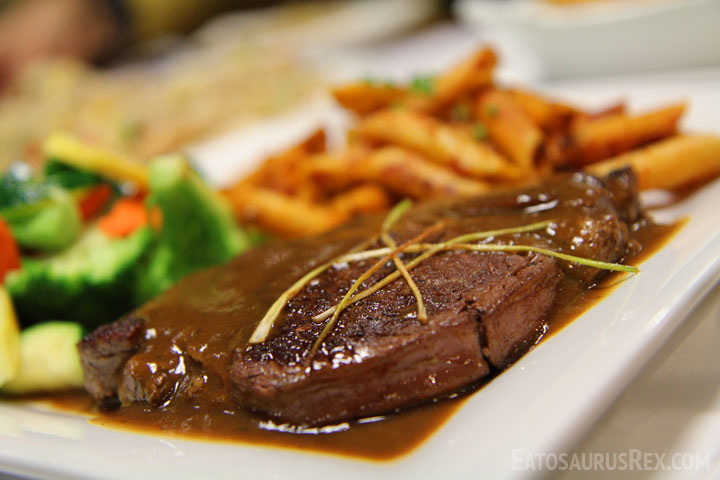 Filet Mignon with Pepper Sauce – The steak itself was a bit tough and dry (and they didn’t ask how I wanted it prepared), but the pepper sauce was pretty good. Plus it came with a side of pasta. Not the most delicious thing in the world, but at 3am this would’ve been amazing. If only they were open past 11pm. 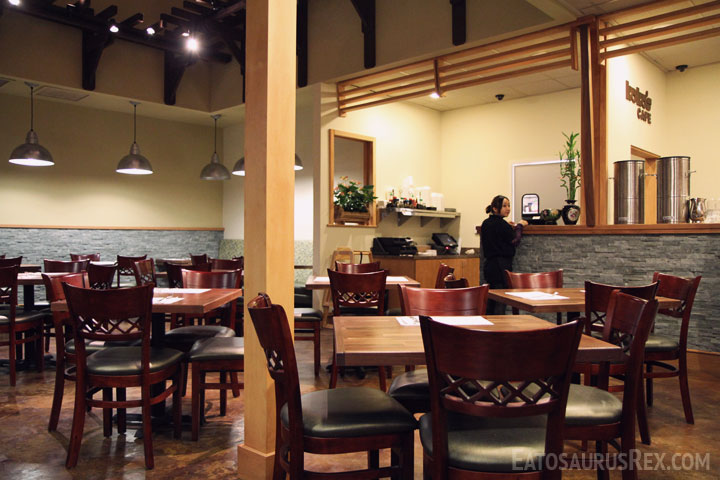