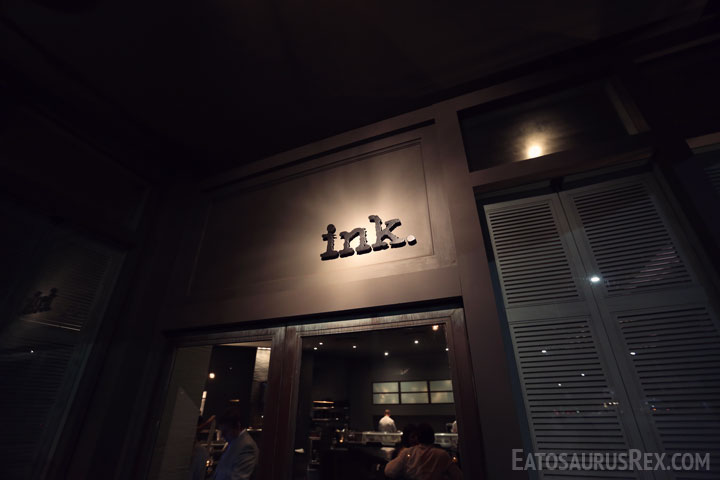 I’ve wanted to try Ink ever since it opened back in 2011, but there was so much hype that getting a reservation within a reasonable time frame was borderline impossible. This might pose a problem for the average person, but I’m clever, see? I use my brain, see? So I came up with a brilliant plan to avoid the wait: let two years go by until the hype died down so that making a reservation wouldn’t result in my suicide. Brilliant, I know. And it only took two years of my life.

Owner and head chef Michael Voltaggio was the winner of the sixth season of Top Chef and was recently named Food & Wine’s Best New Chef. None of that really matters though since he wasn’t cooking the night I went. My experience at Ink wasn’t the one I was hoping for and I’m going to blindly assume it’s because Voltaggio wasn’t actually manning the kitchen. None of the dishes were particularly delicious or inventive. I’d forgive one for the other, but to be neither is disastrous, especially for a place known for both. Maybe I should learn to temper my expectations. Or maybe head chefs should learn to be at their restaurants when I am. The only thing I know for sure is that I’m awesome. I forgot what I was talking about. 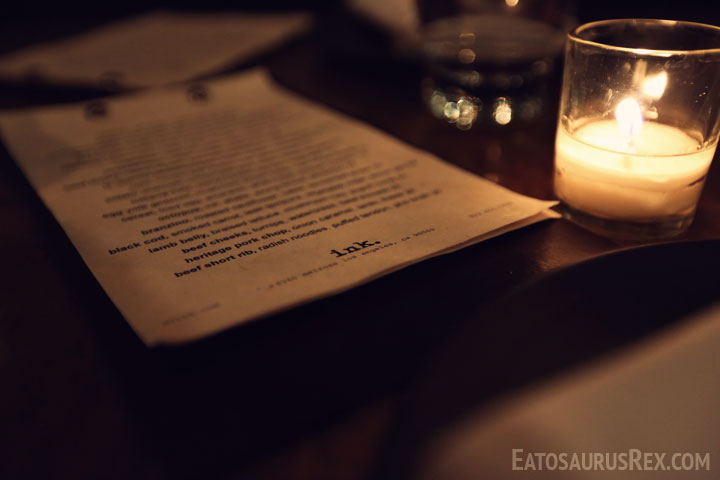 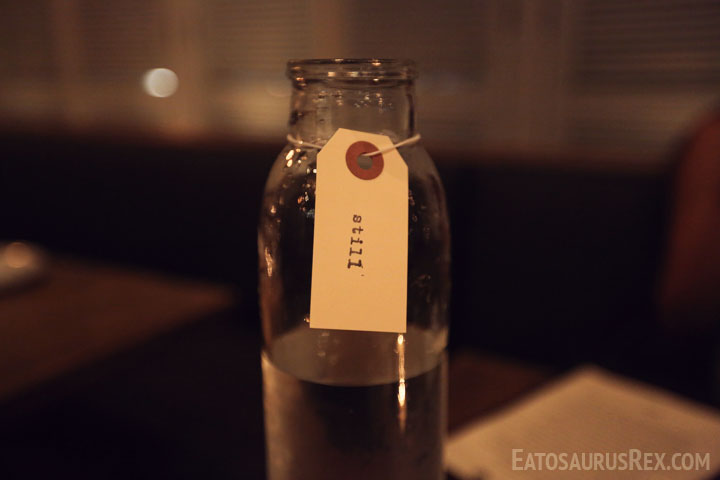 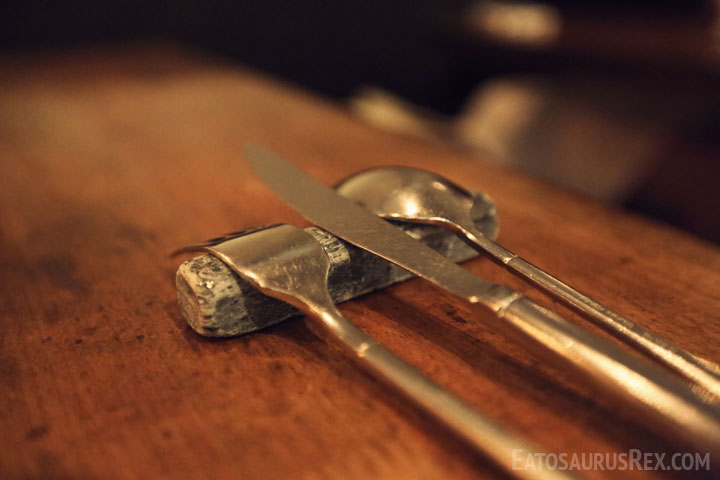 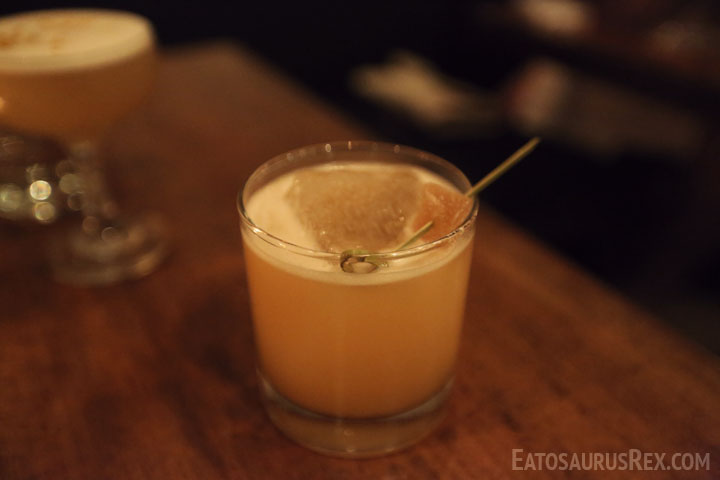 islay scotch (ginger, yuzu, honey)
My date ordered this and I got the Riesling based drink pictured below. When the waiter brought them over he mixed the drinks up, assuming as any sane person would that I would be drinking the scotch and her the Riesling. I proceeded to show everybody who’s boss by getting drunk off half my Riesling cocktail and then, presumably, buying my first training bra. 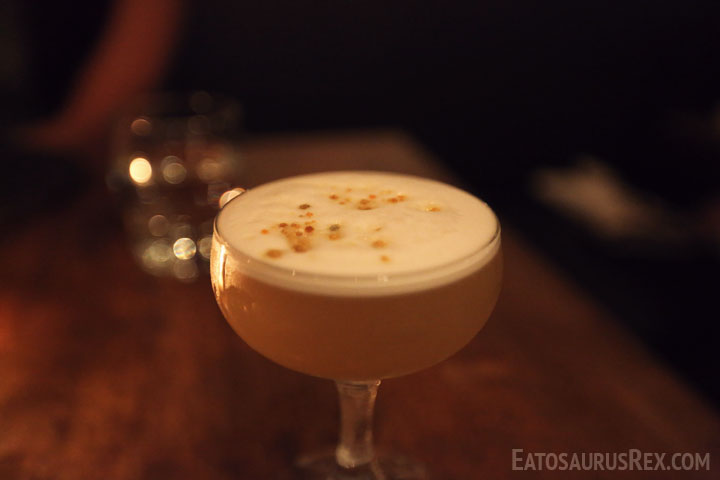 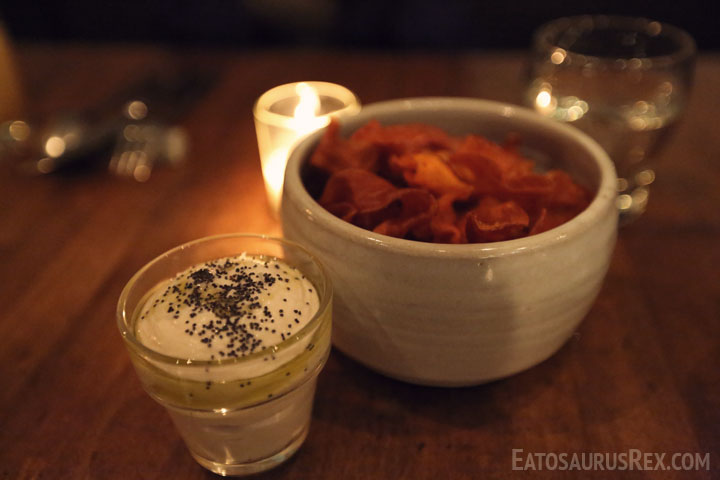 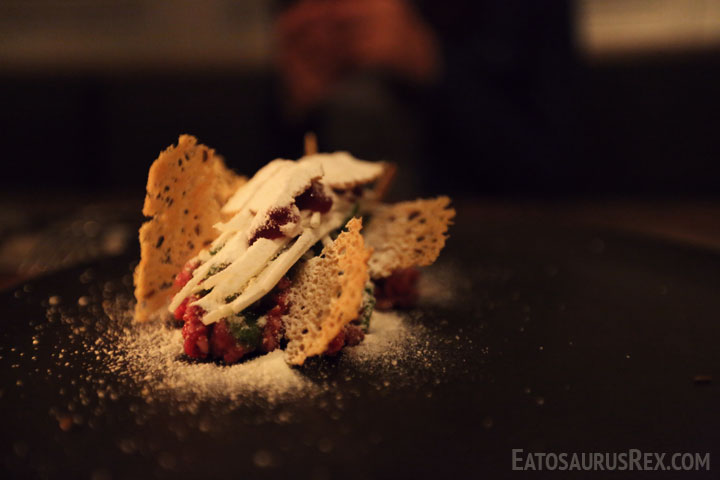 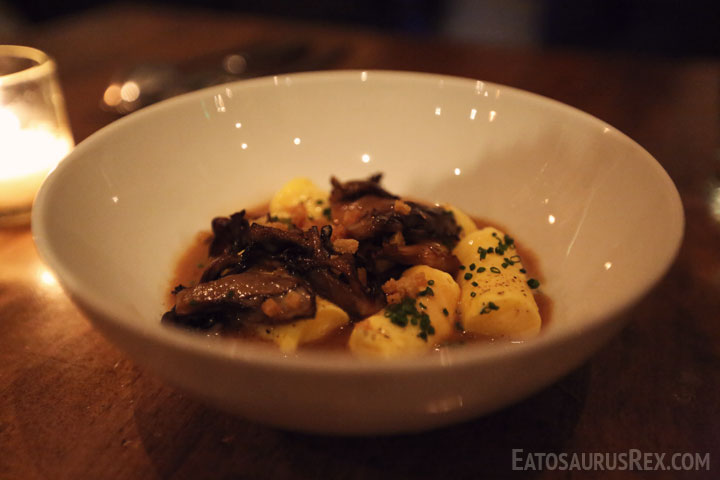 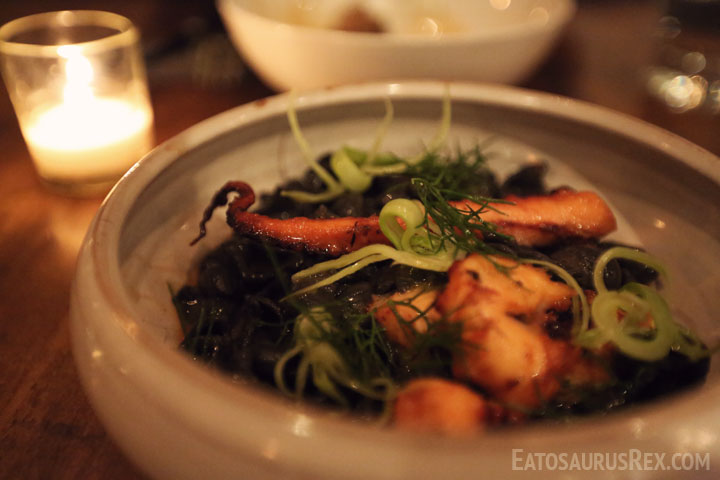 octopus (ink, shells, young fennel, pimenton)
I’ve read reviews and have seen videos of Voltaggio explaining his octopus dish, and this clearly was not the same dish. The octopus was tender and the black shells were perfectly cooked and it was actually one of the tastier dishes of the night, it just wasn’t very original or what I was expecting and that makes me sad. 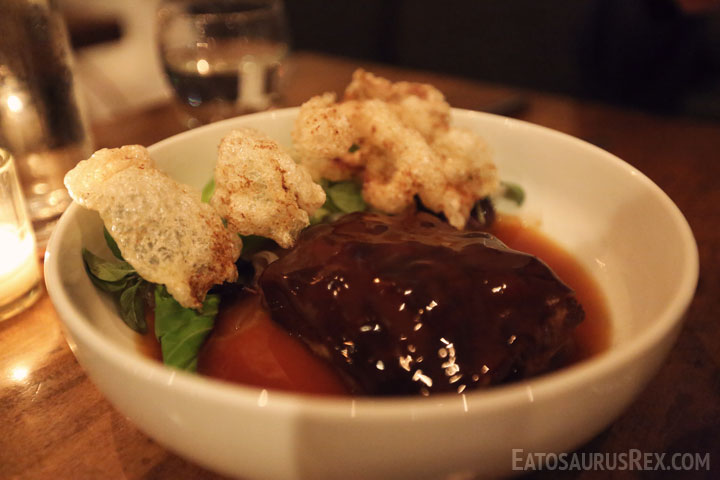 beef short rib (radish noodles, puffed tendon, pho broth)
This was their take on Vietnamese pho and it was by far the weakest entree we tried. The short rib itself was tender and well cooked, but the flavors were so mild it almost tasted watered down. I can see somebody who’s never had pho or has no experience with Asian ingredients finding this interesting, but for anybody with even a remote familiarity of Vietnamese cuisine, this thing just didn’t work. And yet the waiter claimed it was one of their most popular dishes, which makes me wonder what I’m missing here. Besides, of course, my sanity. 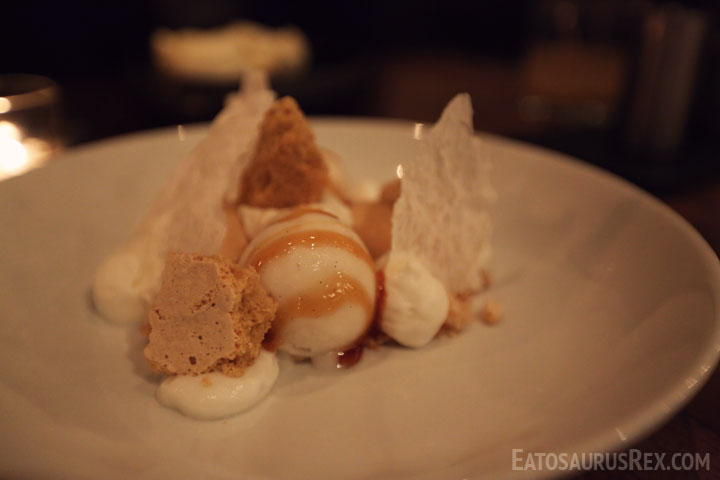 mountain yam (caramelized white chocolate, popcorn, coconut)
Of the two desserts we tried, this was by far the stronger one. Playful presentation and a nice combination of flavors and textures. Plus, yam flavored ice cream. 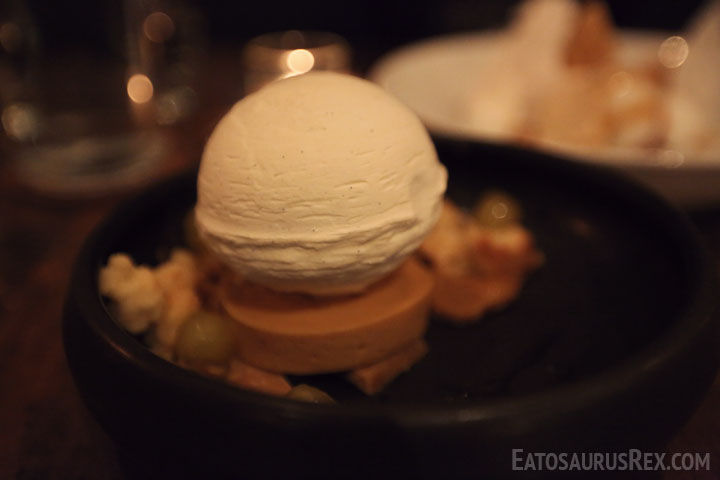 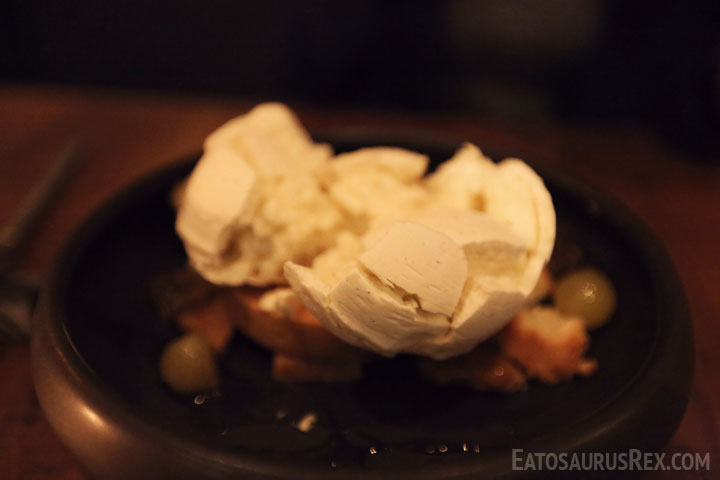 apple (caramel, shortbread, burnt wood semifreddo)
I can honestly say this was one of the worst desserts I’ve ever had. Parts of it were the saltiest thing I’ve ever tasted and other parts were the bitterest. You’d think eating all of it together would balance everything out, but no. If the goal was to shock my sense of taste, then the dish succeeded. If the goal was to be edible, then the dish failed. I’ve eaten tarantulas, silkworms pupae, pig’s blood, and other things that qualify me as a fairly open-minded eater, but I couldn’t take more than a few bites of this before I had to call it quits. What’s even stranger is that this is supposedly one of Ink’s signature dishes and has been on their menu since day one. Am I missing something? Did the chef preparing ours have a stroke? I honestly don’t understand what happened here. 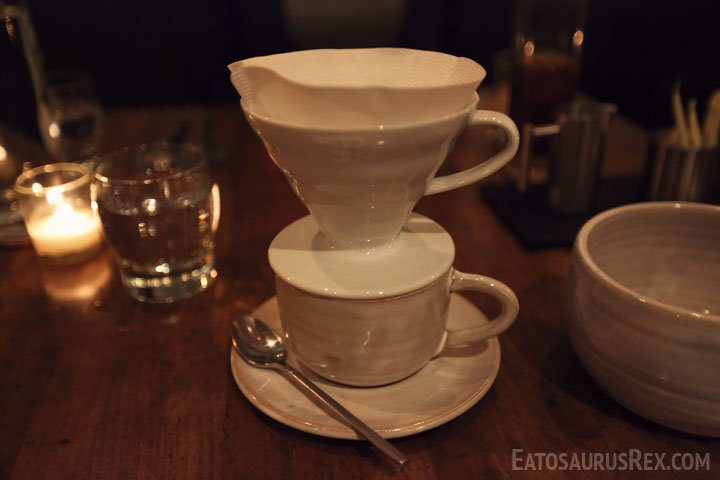 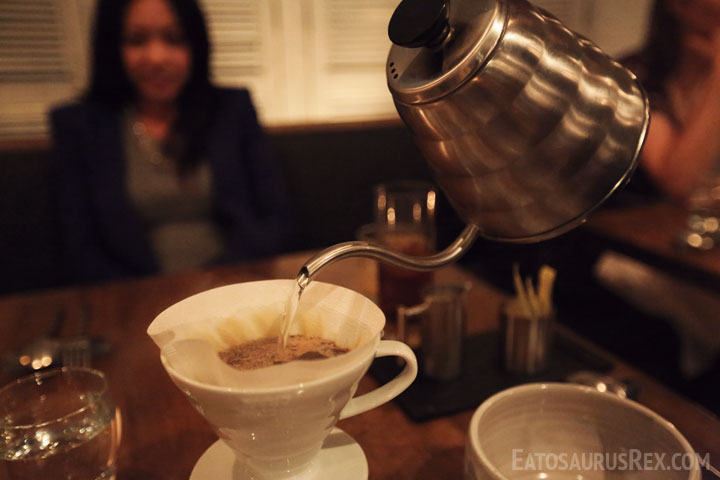 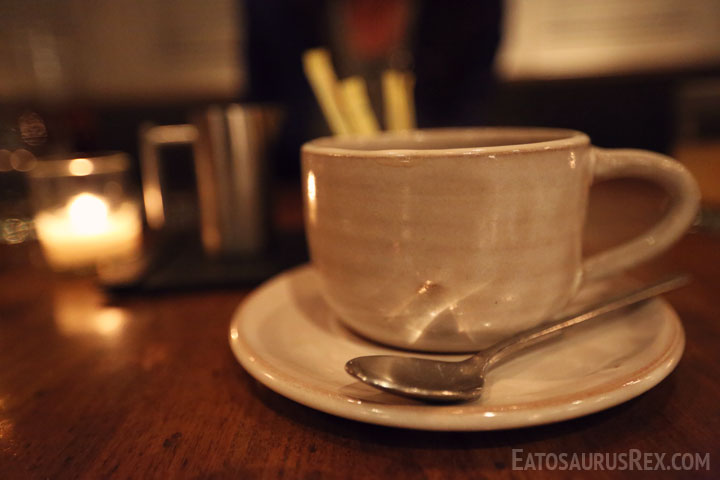 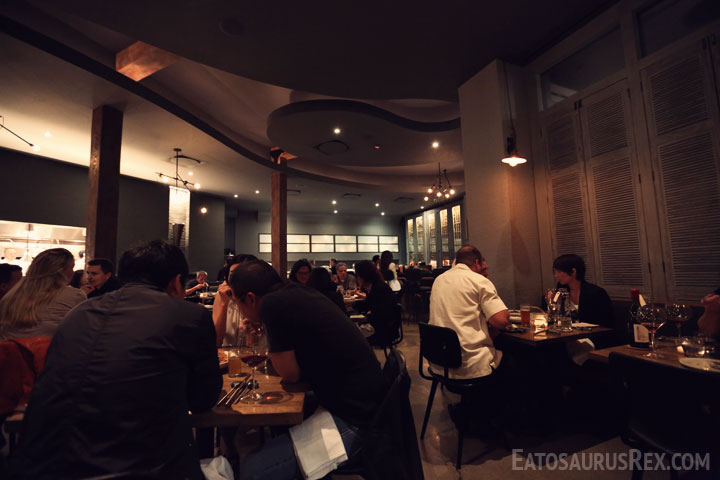