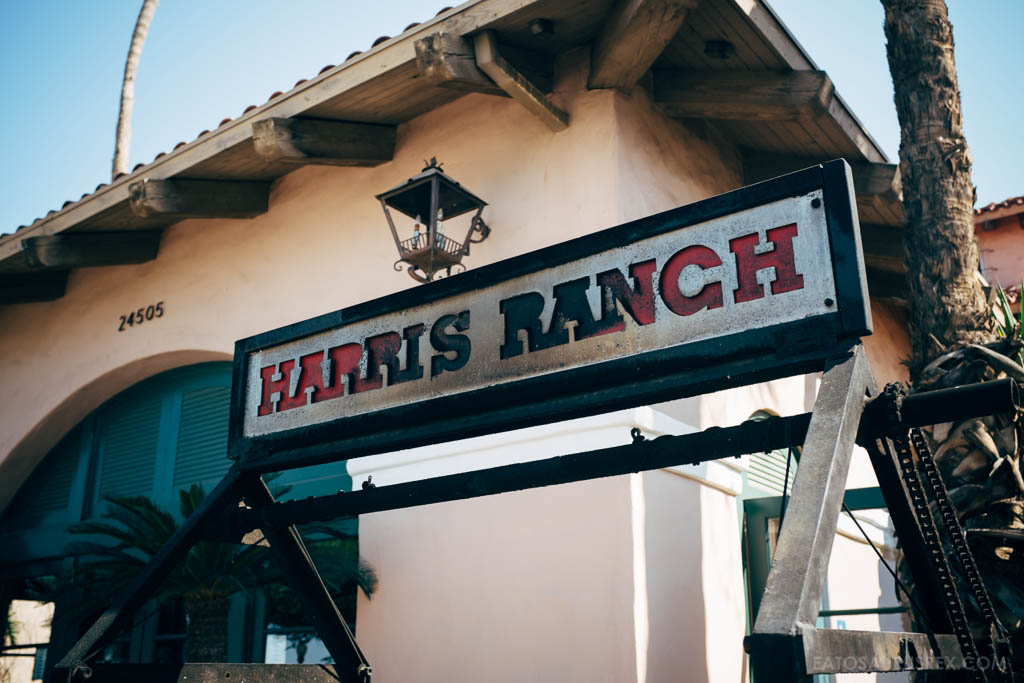 If you’ve ever made the drive between Southern California and Northern California then you’ve passed through the block of stench that is Harris Ranch. The largest beef producer on the west coast, this place is responsible for 150,000,000 pounds of beef per year. Though judging by the smell, you’d think they were responsible for twice that. If you’re ever driving along the 5 Freeway and feel a sudden urge to throw up you’re probably passing Harris Ranch. Look to the left or the right and you’ll see more cows than you’ve probably ever seen in your life.

Somewhere along the way, Harris Ranch took the logical step of opening a restaurant and serving the beef they were sending to other people. It was originally targeted at local farmers, but is now a popular destination for anybody making the San Francisco/Los Angeles drive. You can’t get fresher beef than from the place that raises the cows. Unless you go up to an actual living cow and, well, eat it. 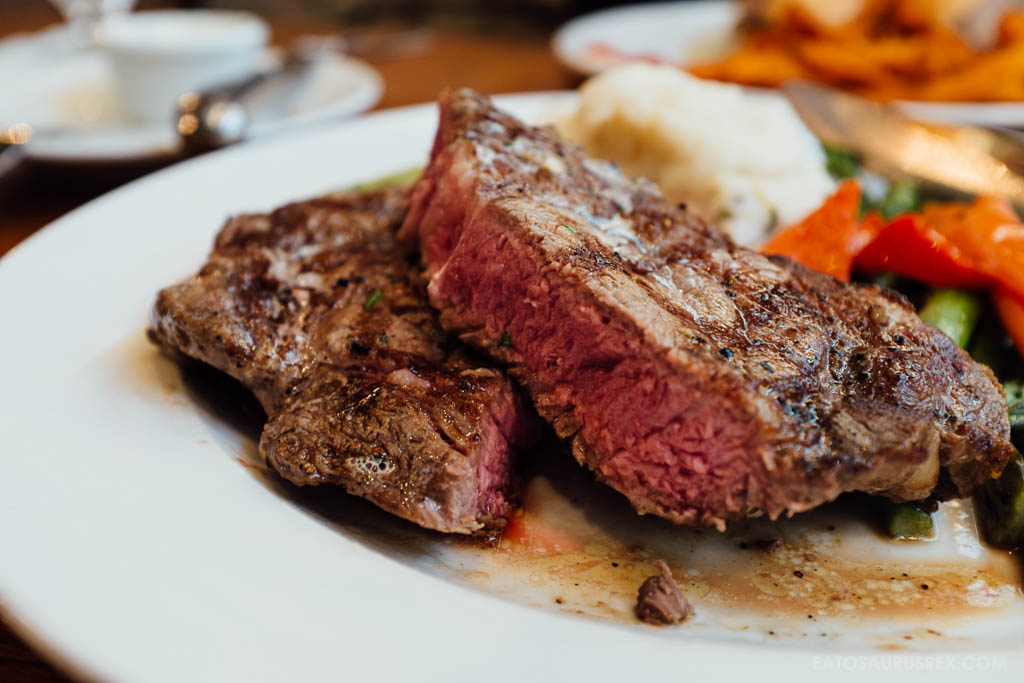 $38.95 14oz USDA Prime Ribeye Steak (topped with garlic-herb butter)
I think idiots have ruined medium rare for the rest of us and complained about the pink so much that places have started overcooking their medium rare to medium. So much so that it’s become common practice for me to order medium rare “on the rare side” to ensure a proper medium rare. Well for the first time ever this backfired and the steak arrived slightly under-cooked which made it on the chewy side. Under-cooked is always better than overcooked when it comes to steak, but I’ll have to come back and try it again with a proper medium rare. Overall the steak was tender and the garlic-herb butter added plenty of flavor, but this isn’t the kind of steak you’d find at a Mastro’s. It’s not fancy, it’s just simple and tasty and gets the job done if you feel like chewing on a cow. 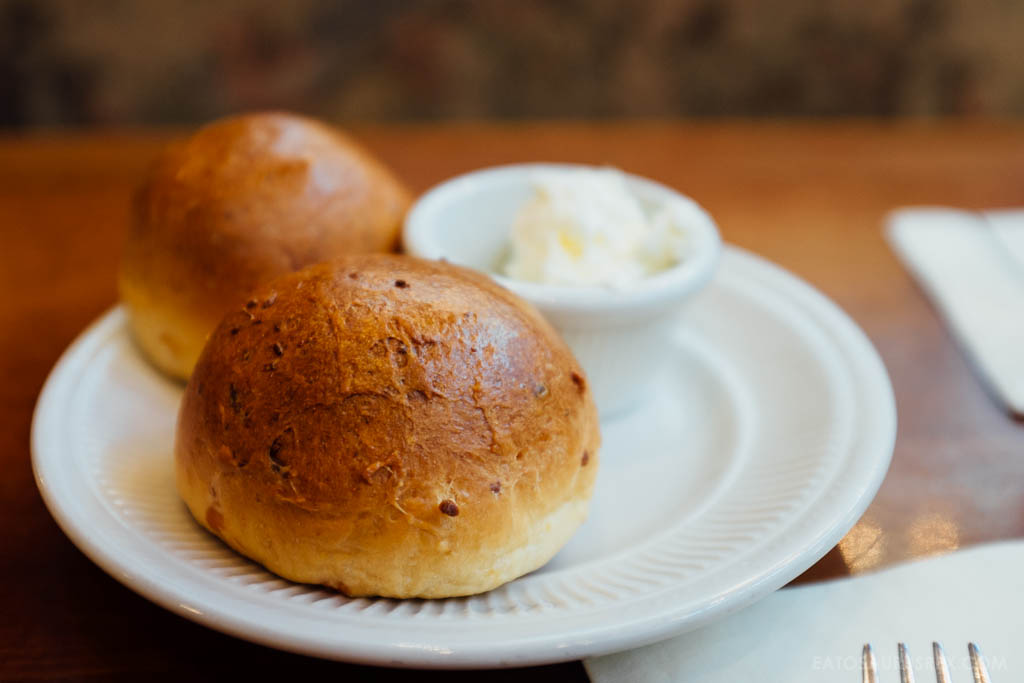 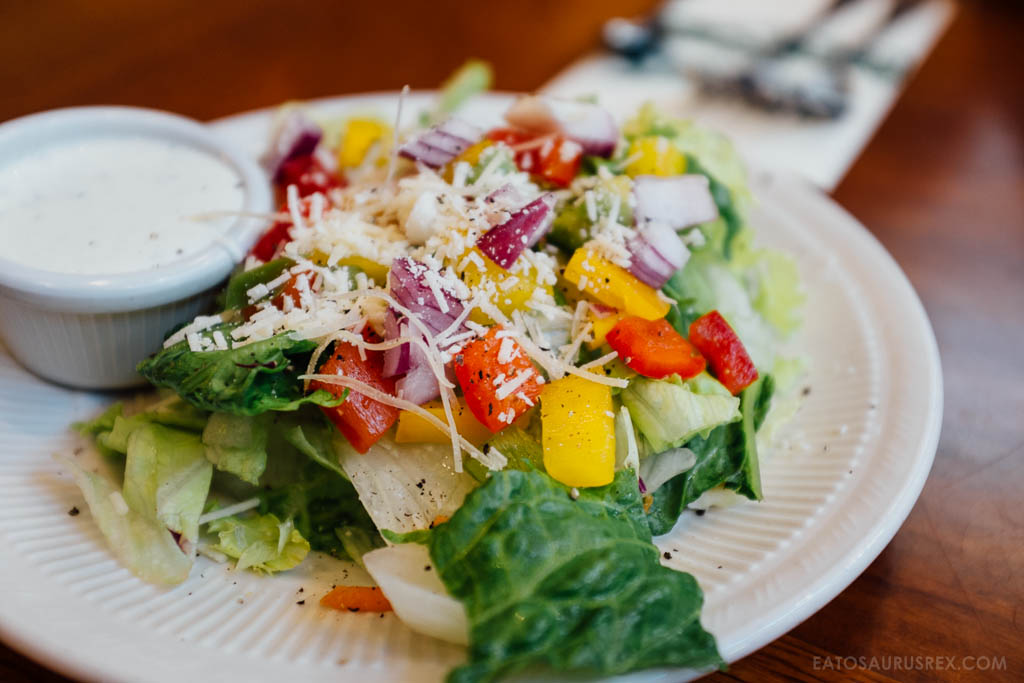 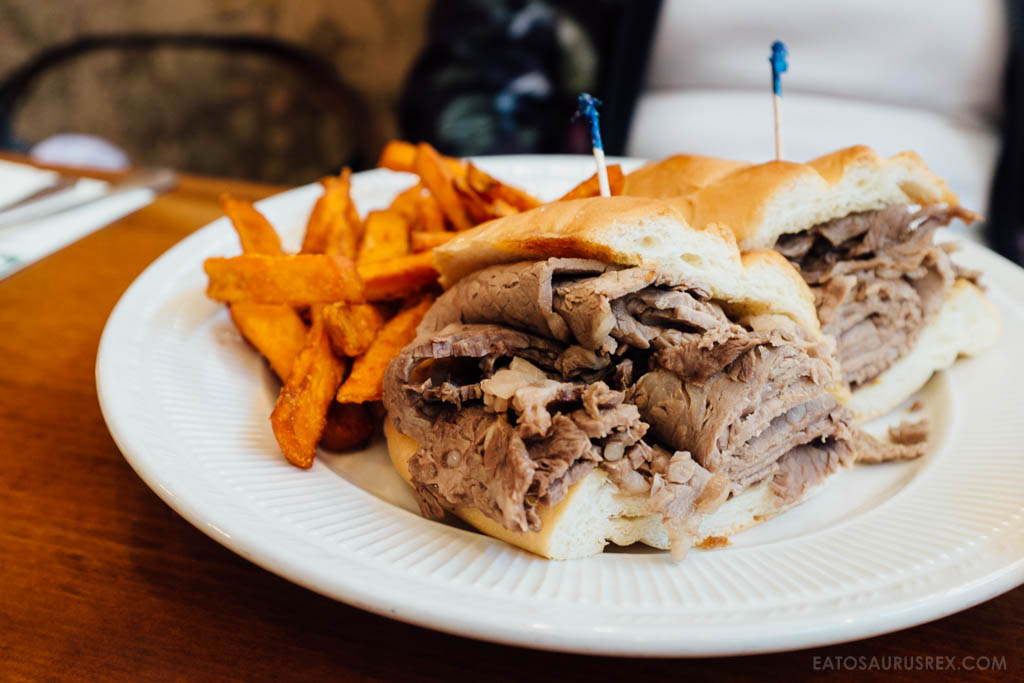 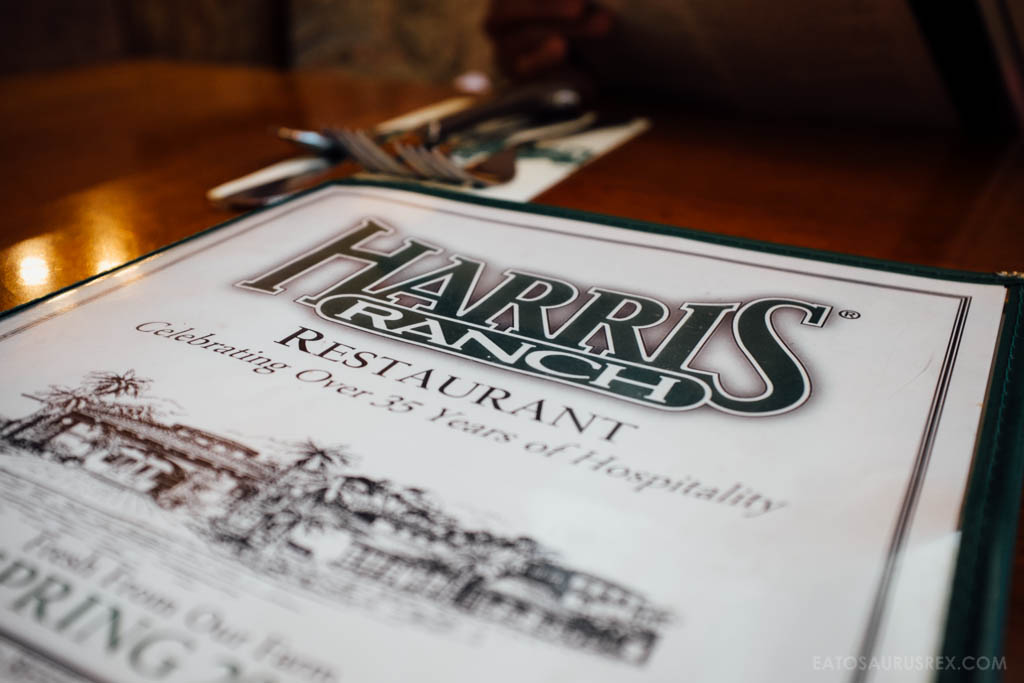 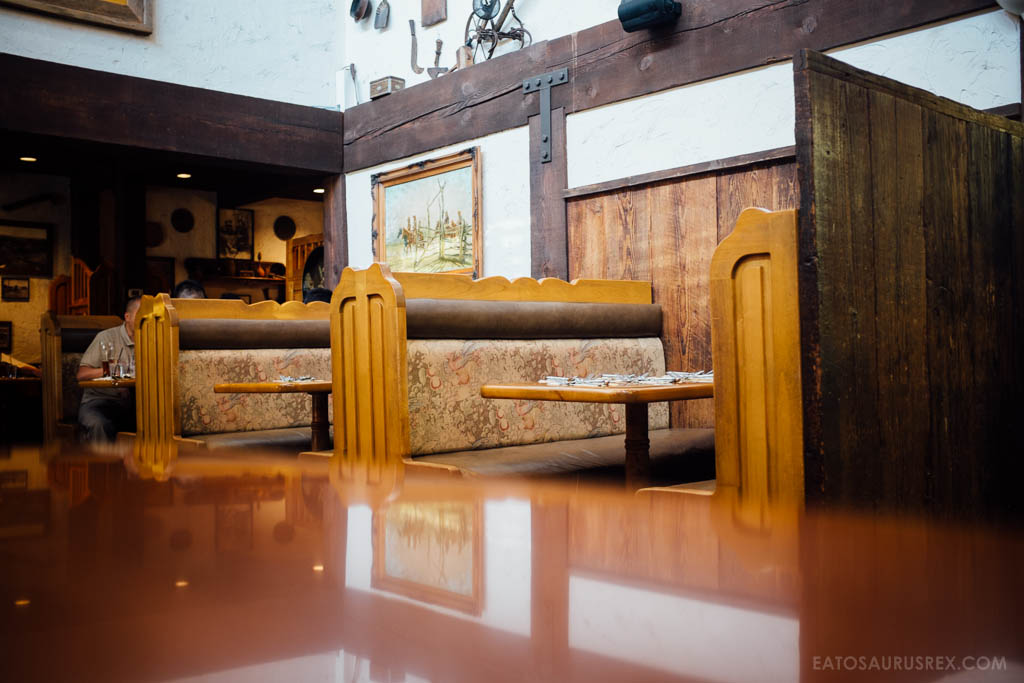 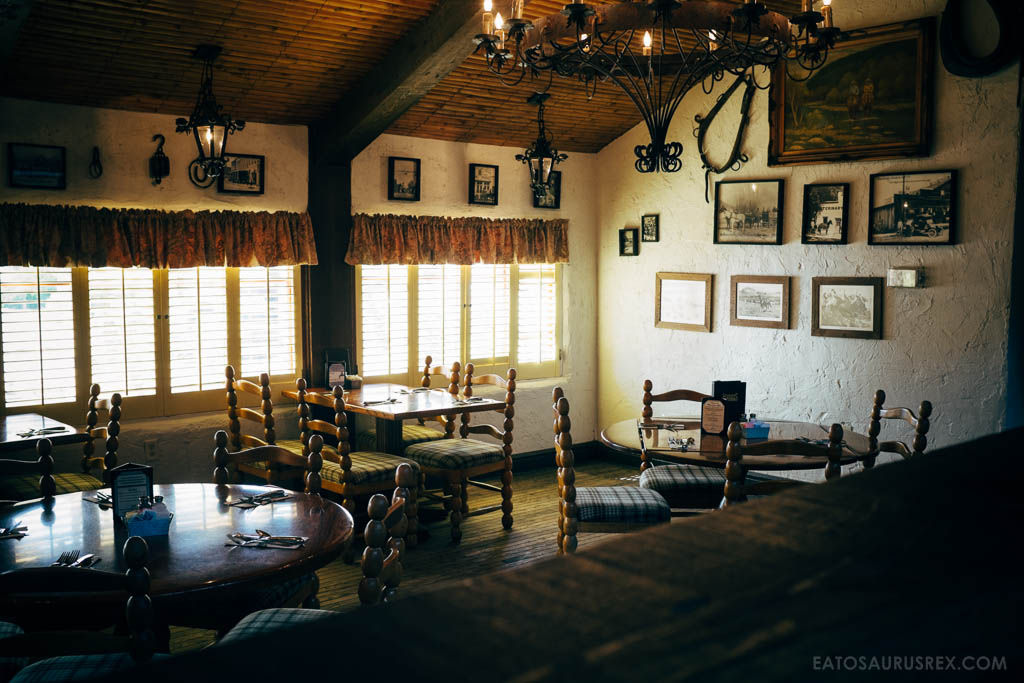 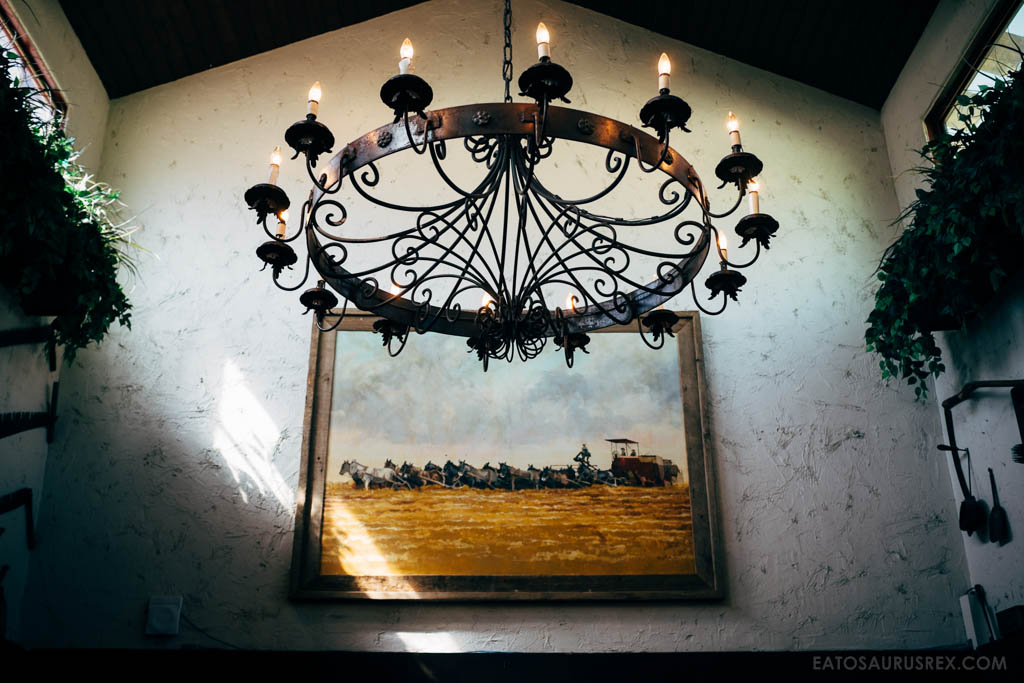 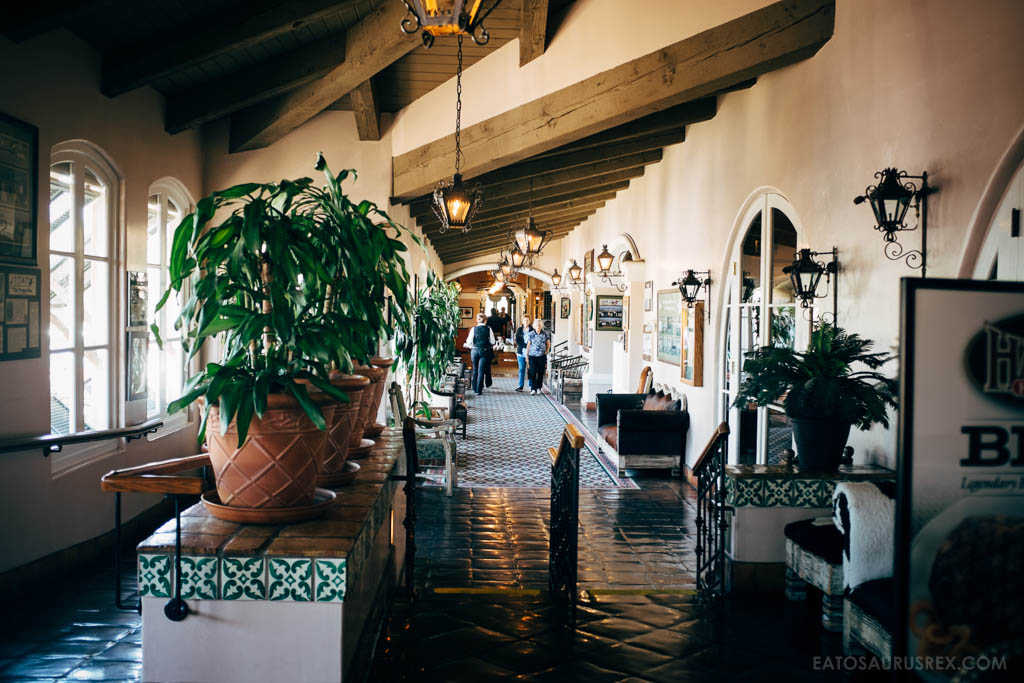 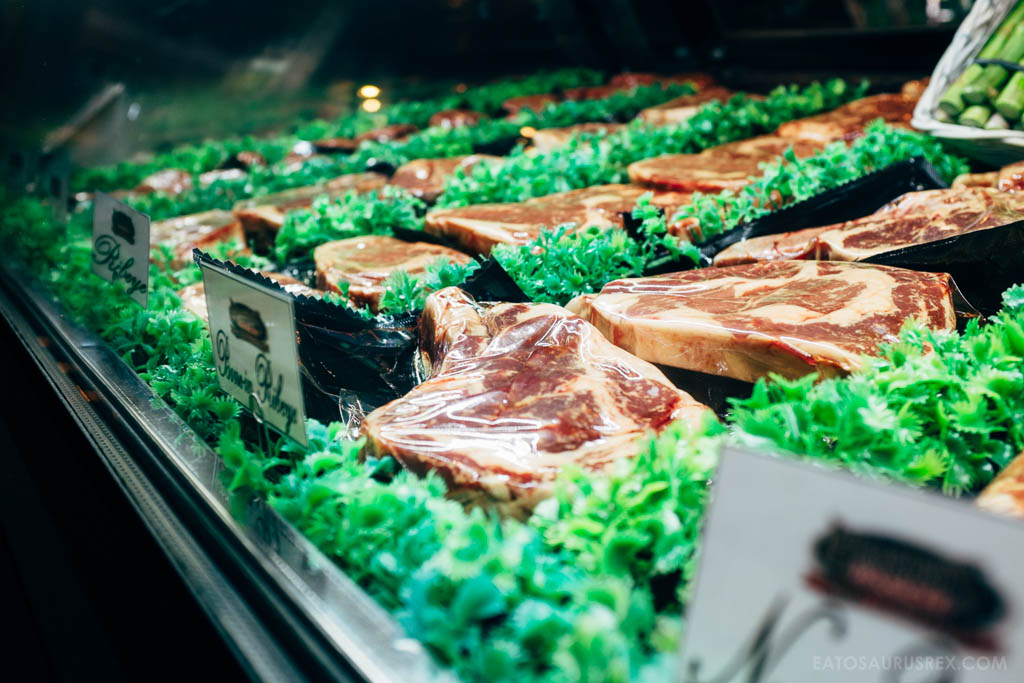 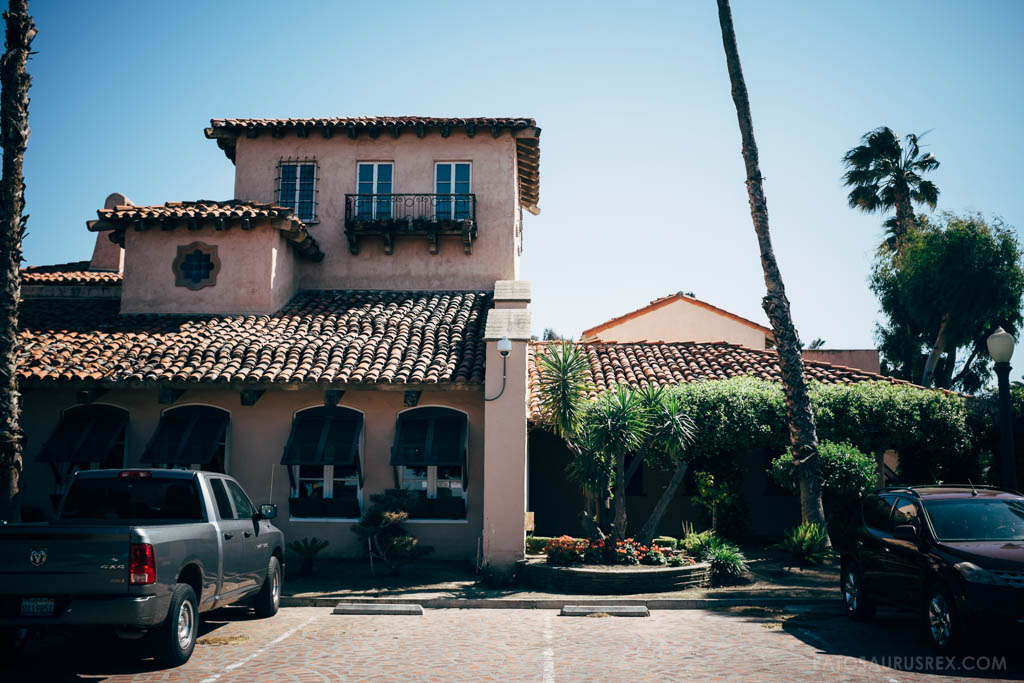