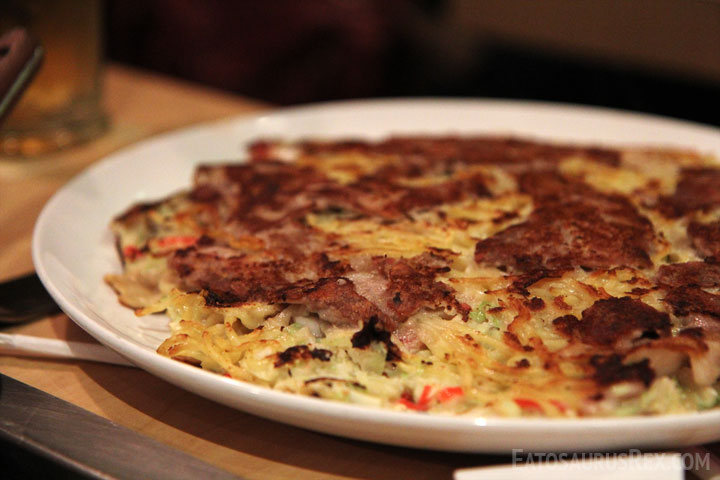 Gaja Japanese Restaurant is a little place in Lomita that specializes in do-it-yourself okonomiyaki. If you’re not familiar with okonomiyaki it’s essentially a savory Japanese pancake filled with a variety of different ingredients. Normally I hate it when you go to a restaurant and their whole shtick is for you to prepare your own food. Look, buddy, I didn’t drive all this way to throw down money so that I could cook my own food. That said, Gaja Japanese Restaurant actually doesn’t piss me off. Why? Because they give you the option of cooking it yourself or having them do it for you. We ordered two okonomiyakis, so we had them cook one while we attempted to not ruin the other. This way we could compare just how much better the professionally prepared one was to ours. Honestly though, I think we did a better job. Maybe it’s because we’re fat Americans, but we cooked ours extra long to make it extra crispy and it just tasted better than the prepared one which was a little on the soggy side. Yeah! We’re fat! Awesome! 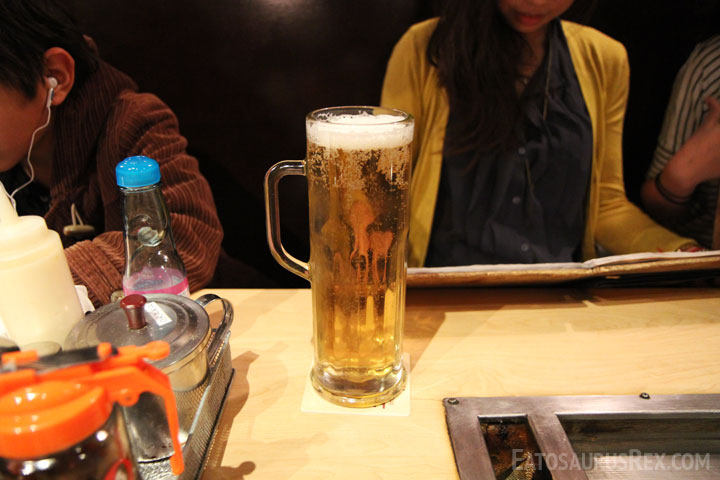 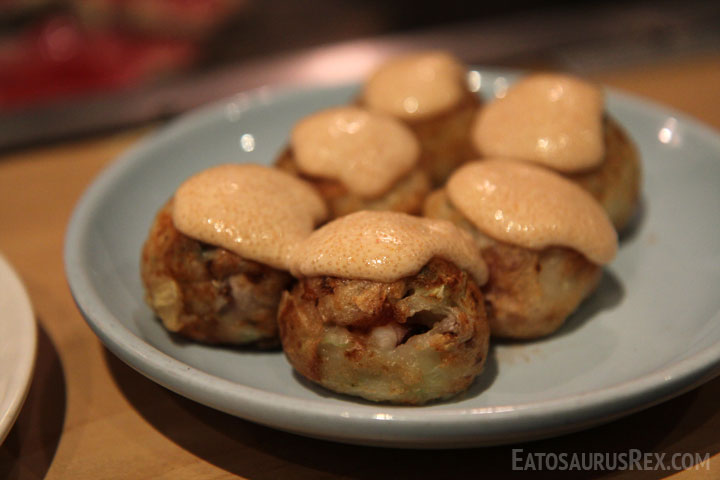 Spicy Cod Roe Mayo – I know this place is all about okonomiyaki but I definitely wouldn’t mind ordering these again. Really good. 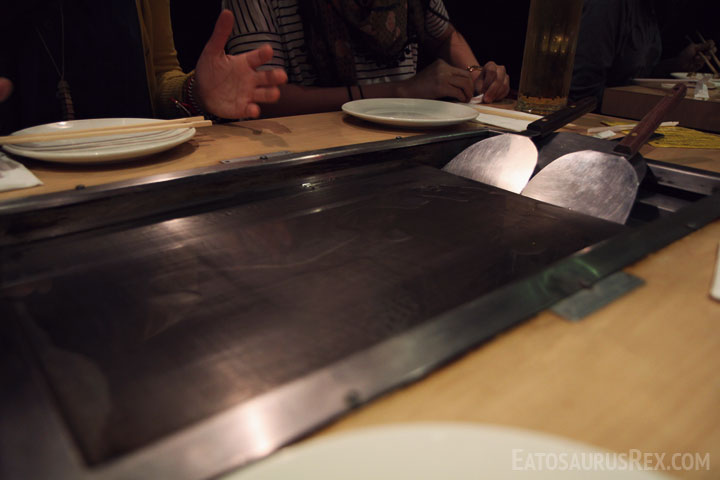 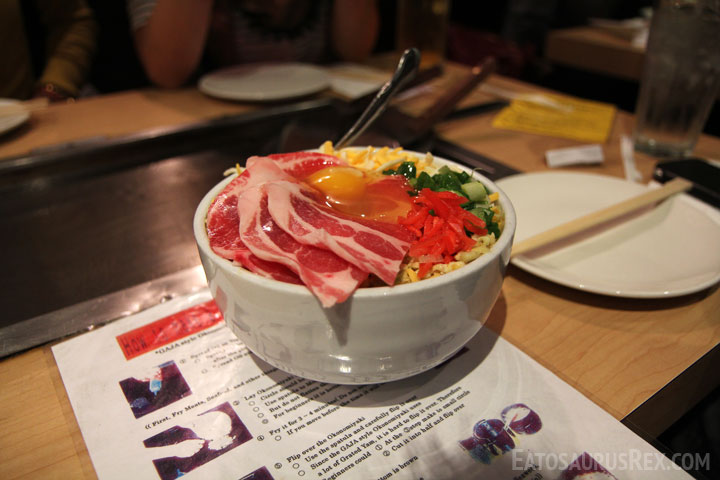 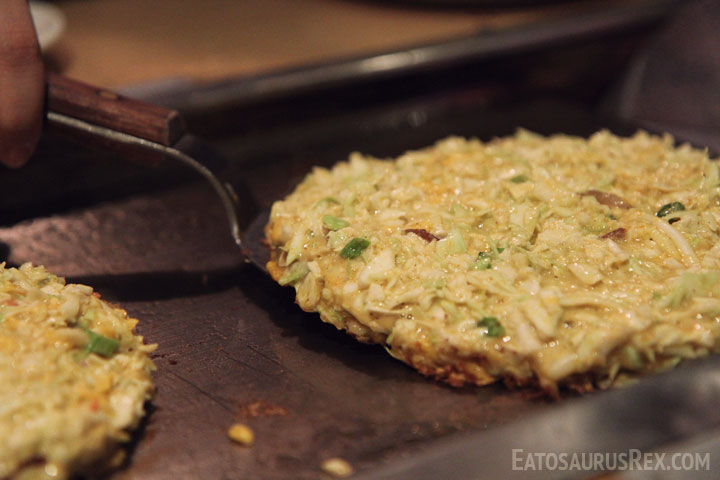 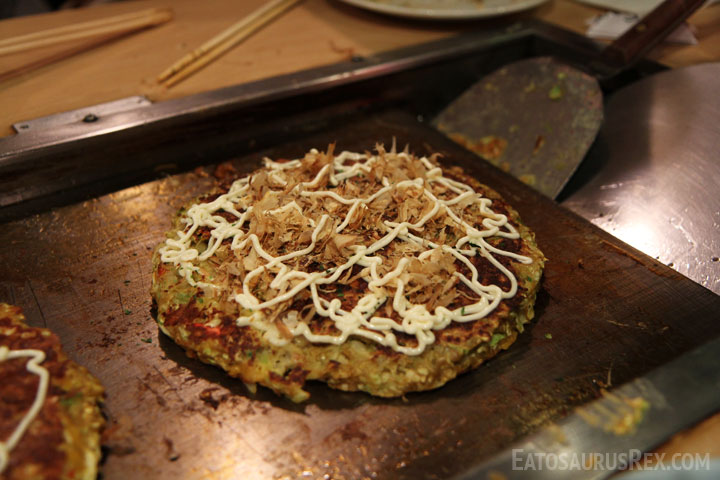 Our masterpiece. It was crispy, it was delicious, and we made it ourselves. I mean, aside from the fact that they put all the ingredients together and all we had to do was stick it on a grill. Other than that though, it was all us. Go us! Go us! Go us! 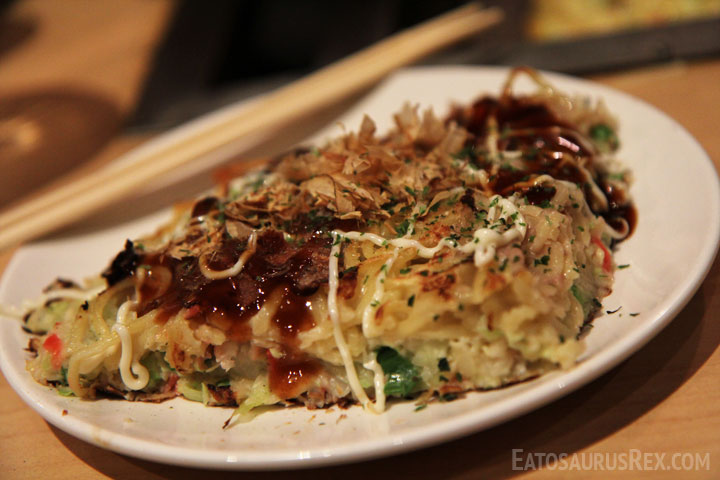 If you like okonomiyaki you’ll like this place. If you don’t, then you won’t. And if you’ve never had it then go ahead and give this place a try. It’s about as good as any other okonomiyaki I’ve had, though their selection might be a little intimidating. We ordered the Modern Mix (seafood and other random stuff) and the Pork,Curry and Cheese (you could definitely taste the curry). If it’s your first time I’d recommend getting the Modern Mix since it’s a bit more traditional tasting, but they all taste fairly similar so it’d be tough to go wrong. 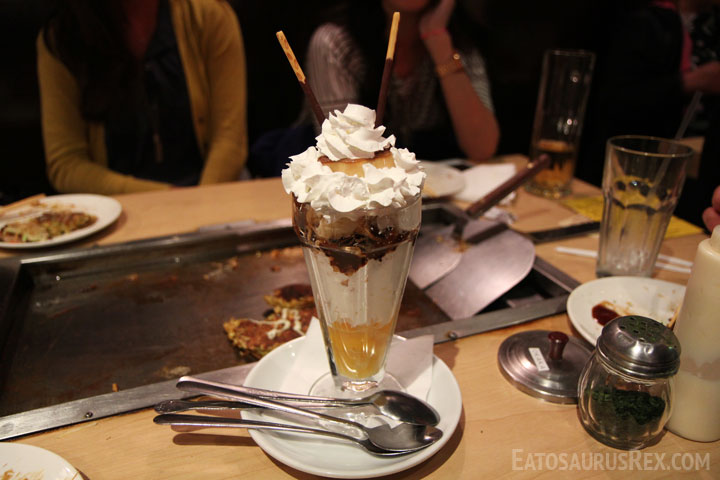 This dessert was essentially canned mixed fruit, ice cream, packaged Asian pudding, Corn Flakes, and whipped cream. All things you could buy from a local grocery store and make yourself. And yet it was shockingly tasty. I’m a sucker for Asian pudding though. Put that stuff in your dessert and I’ll automatically love whatever it is. 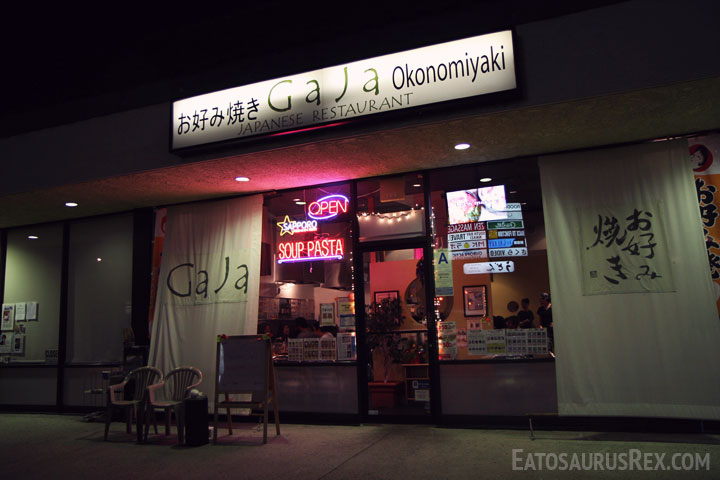