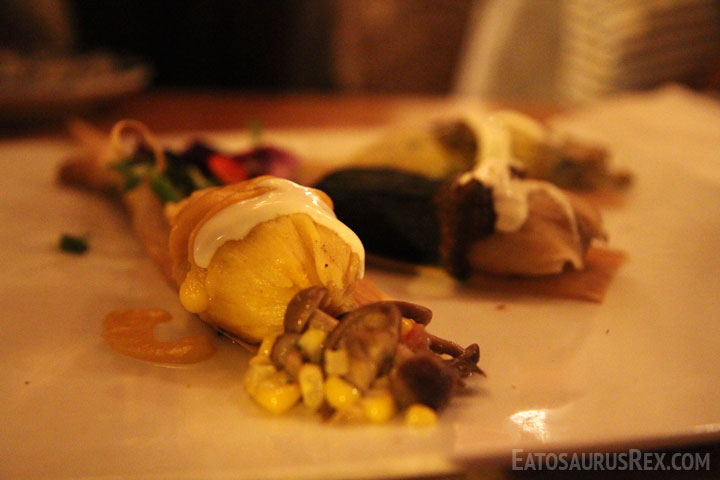 It’s been my experience that the cheaper and dirtier the Mexican restaurant, the better the food. Which isn’t really applicable here since Gabbi’s Mexican Kitchen definitely doesn’t fall into the cheap or dirty category. The food was fairly decent (the shrimp enchilada especially), but for around $19 per dish I was expecting more; something five to six times better than the $3 street taco I get from my local Mexican joint. Don’t get me wrong, everything I tasted was pretty good, it just didn’t live up to my expectations of how slightly pricier Mexican food should taste. It also didn’t give me horrible explosive diarrhea like the $3 street taco sometimes does so I guess take that into account too. 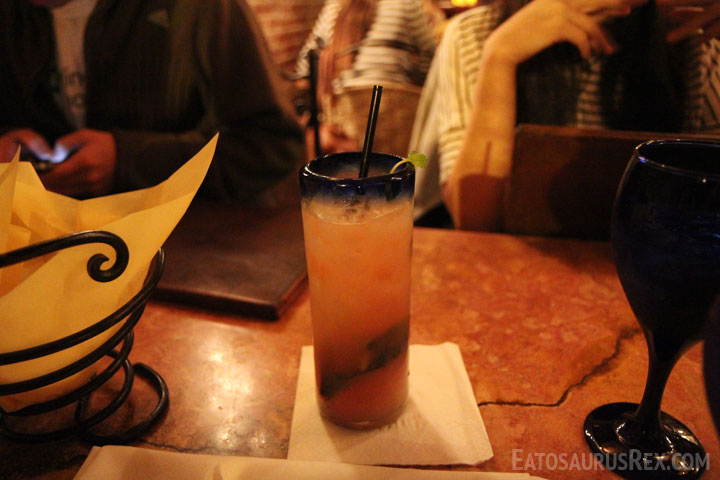 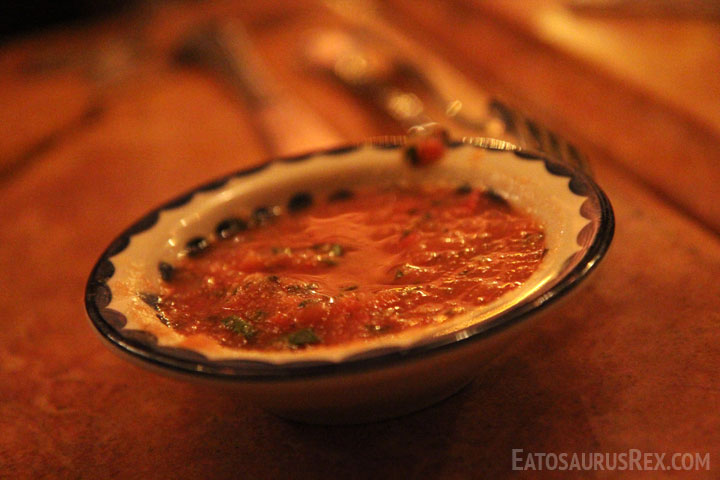 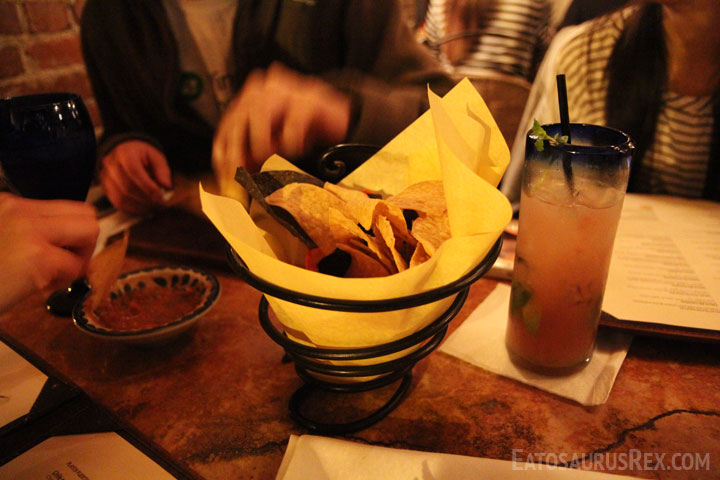 Chips and Salsa – Free chips and salsa. How could you possibly go wrong? 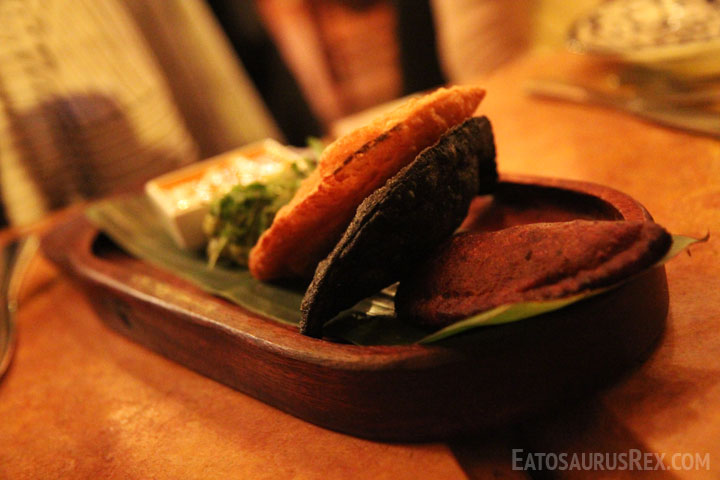 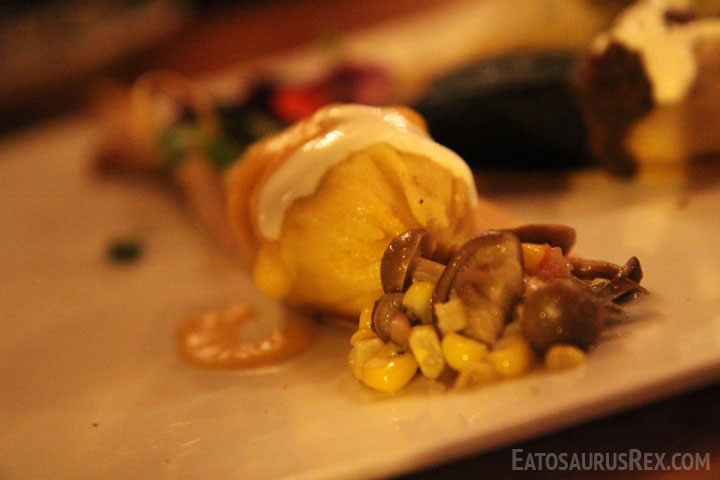 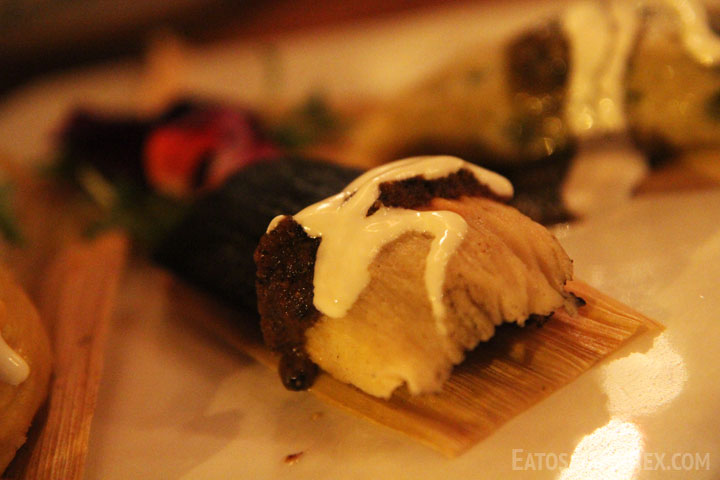 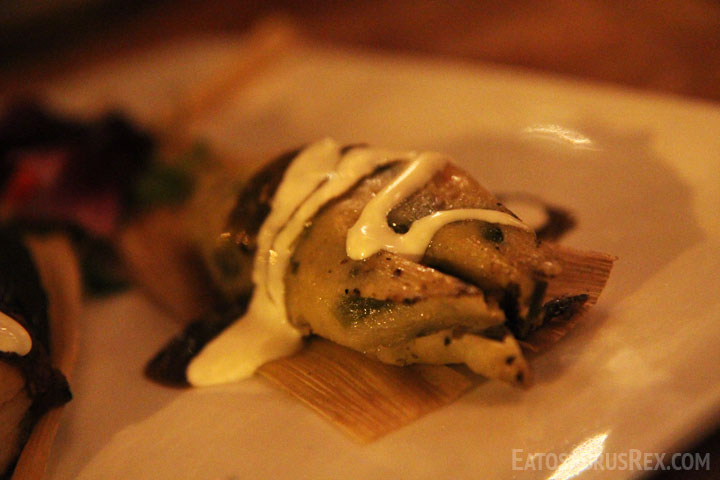 Trio of Tamales – I couldn’t tell you what the different tamales were, but they were the three most distinct looking tamales I’ve ever seen. The waiter mentioned something about them being featured in the OC Register but I didn’t really hear what he said so it’s entirely possible I made that up. They were decent and fairly unique, but honestly not that much better than any other tamale I’ve ever had. 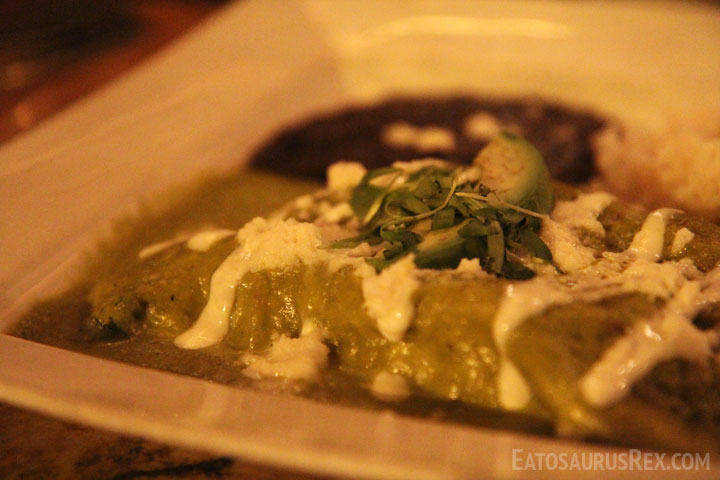 Shrimp Enchilada – The best thing I tasted all night. 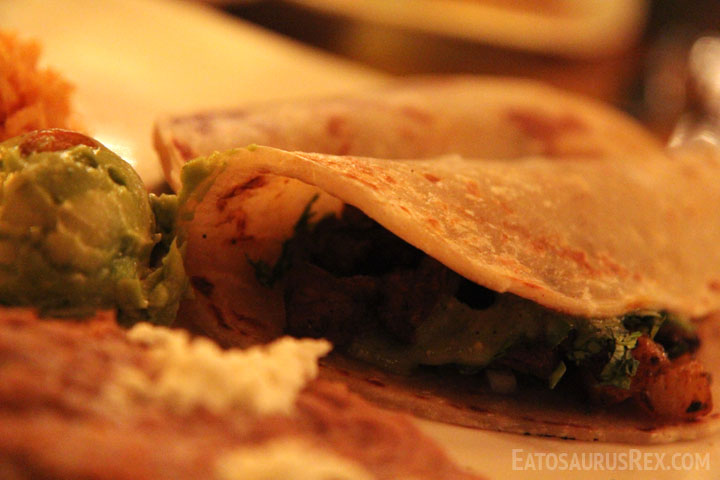 I forget what this was, but I believe it was something along the lines of a chicken taco. I’m basing this entirely on the picture I took. Man, I should win some sort of food journalism award. 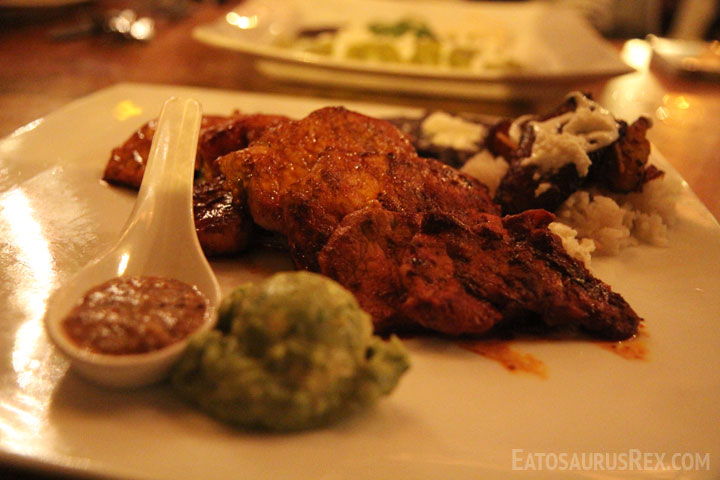 Puerco Poc-Chuc (Mayan recipe, slices of Kurobuta pork loin, adobo achiote marinade, grilled onions, habanero salsa, platanos, frijoles negros) – I asked the waiter for a recommendation and this is what I ended up with. Honestly, the pork was a little dry and the entire dish was relatively bland. Not bad, not great, but the shrimp enchilada was definitely better. 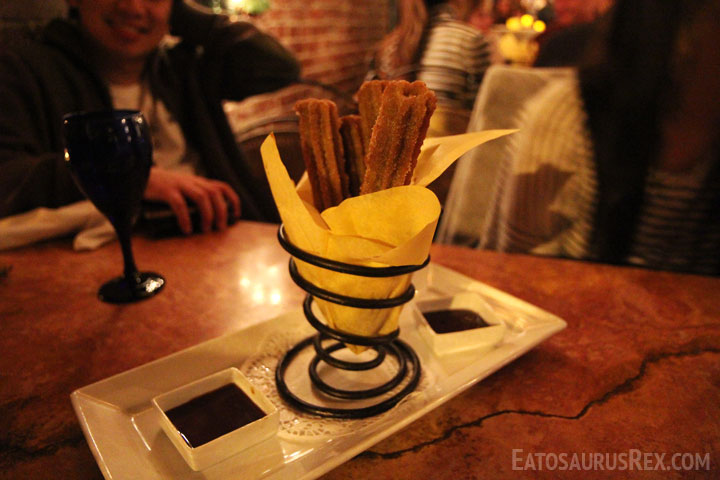 Churros con Cajeta (Cajeta sauce, chocolate chile sauce) – For some reason it tasted like the churros tasted like they were made out of chocolate. I think because the chocolate dipping sauce was just a bit too overpowering, and there wasn’t quite enough cinnamon/sugar on the churros themselves. The texture was good, but Disneyland churros are still superior. I’d give these a B+. 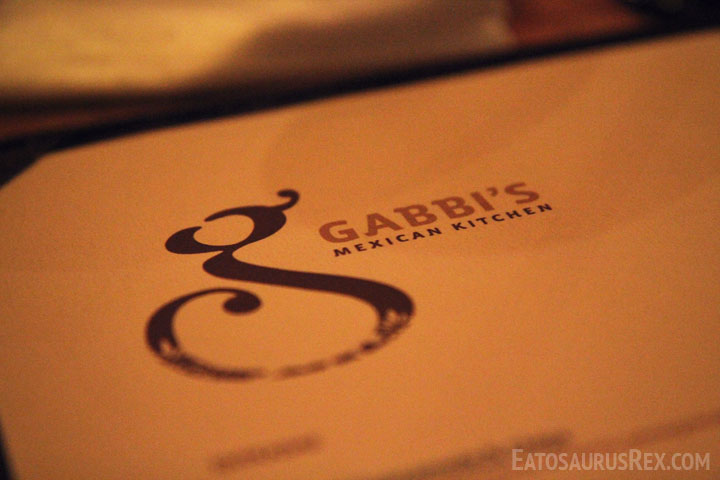 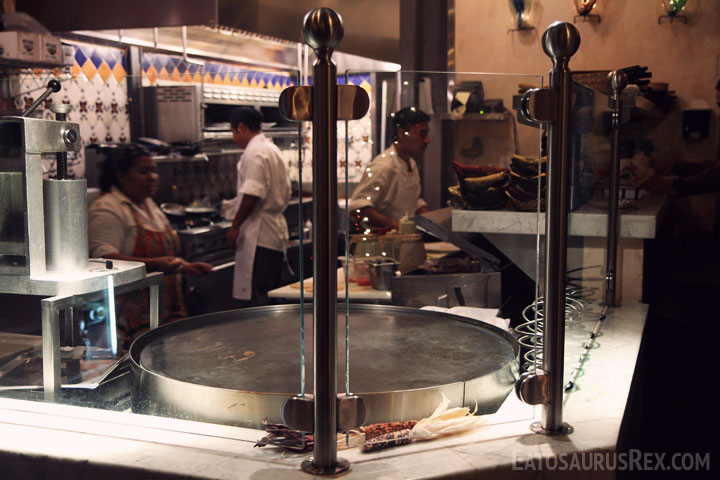 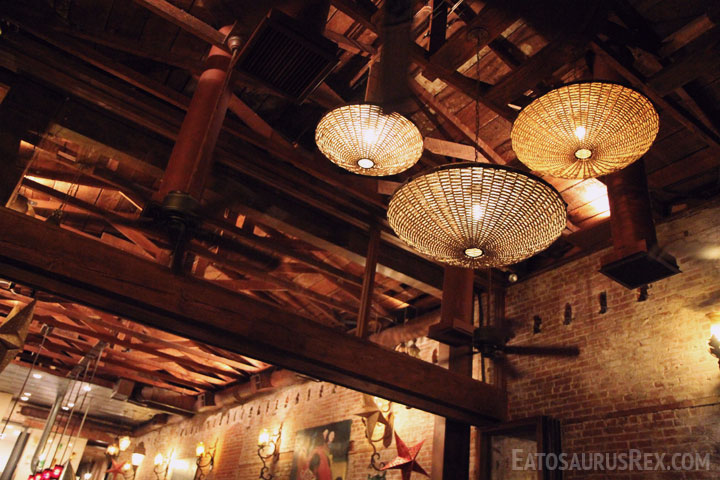