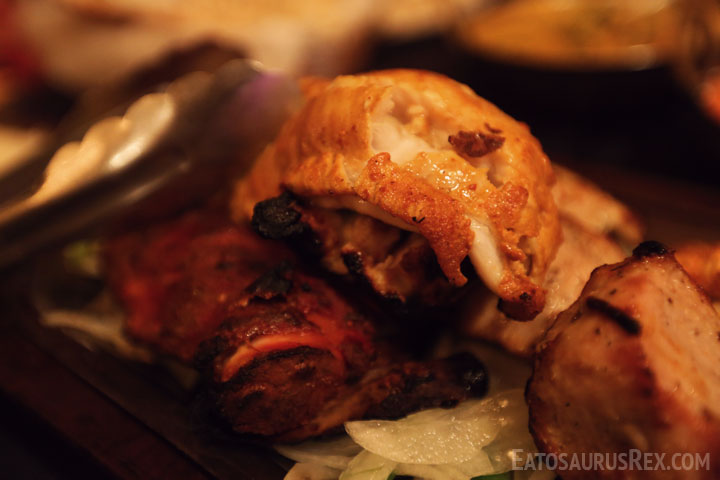 Annapoorna is a little Indian restaurant tucked away in an Irvine shopping center next to a dry cleaner. They specialize in tandoori food, which means food cooked in a tandoor (basically a clay oven). When I think Indian food I think chicken tikka masala and lunch buffet. And, uh, that’s about it. I’m a little embarrassed to admit, but I think this might have been the first time I’ve ever had non-buffet Indian food. It was delicious but, like pretty much every other person that has eaten at Annapoorna, I think their lunch buffet is a way better deal. You get essentially the same stuff you can order for dinner, but at half the price and unlimited quantities of it. You do the math. And not because I can’t. I could do the math if I wanted to. I’m smart. I did the schools. All of them. In fact, they kicked me out because they said my maths were too good. 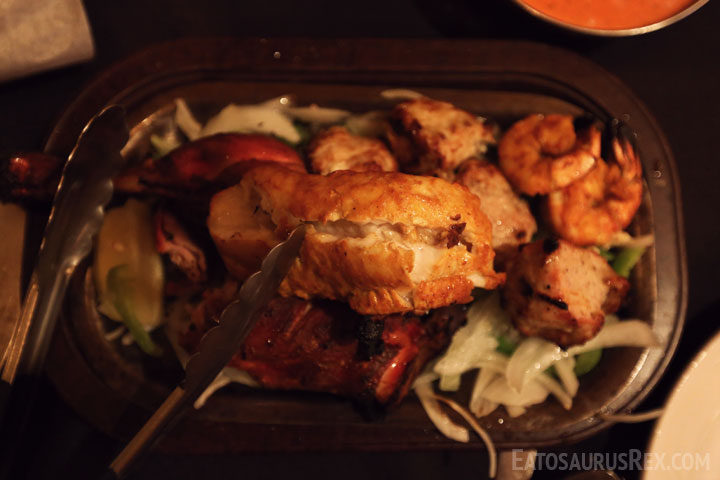 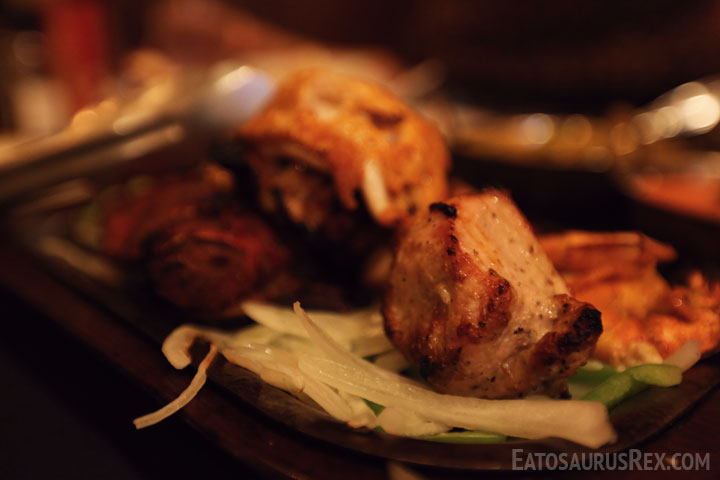 Annapoorna Royal Platter (Tandoory Chicken, Tandoory Shrimp, Fish Tikka, Seekh and Malai Kabab) – I’m a fan of variety, so if I see a sampler plate on the menu, odds are I’m ordering it. The Annapoorna Royal Platter was tasty, but I prefer my Indian food covered in curries and sauces. Maybe I just haven’t had enough of it to appreciate, but some of the tandoori meats were a little dry. 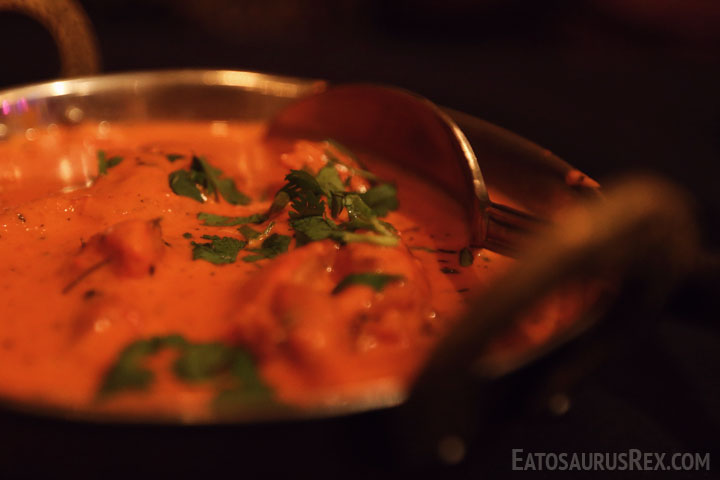 Butter Chicken (boneless chicken cooked in mildly spiced tomato gravy) – This is how I like my Indian food: covered in gravy. This is also how I like pretty much every other kind of food as well. 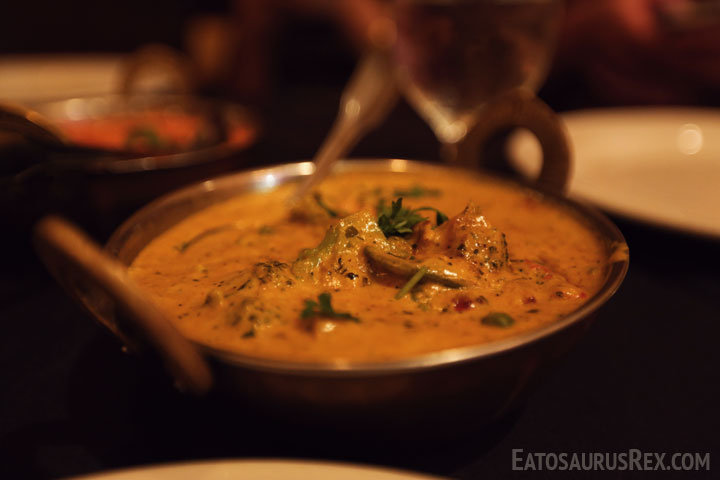 Navratan Korma (mixed vegetables cooked in mildly spiced gravy garnished with dry fruits and nuts) – Really really good. Like really good. I just wish I was here for the buffet so I could have more of it. If you’re into vegetarian dishes that taste super unhealthy, this is for you. I don’t know if it’s actually unhealthy, but I assume anything this creamy and good can’t be good for you. 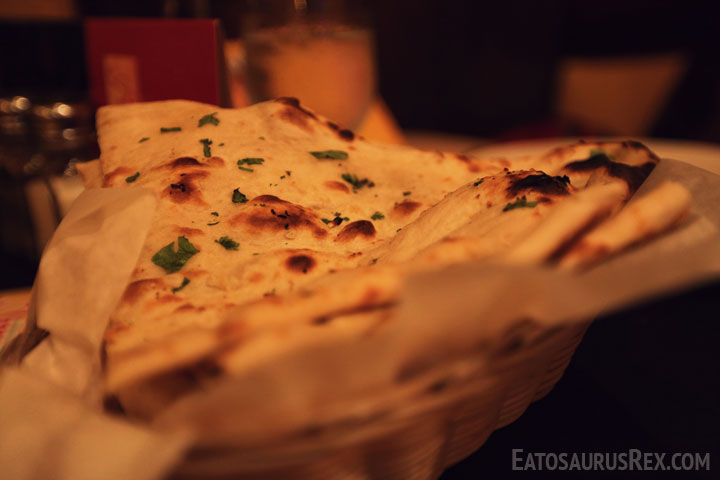 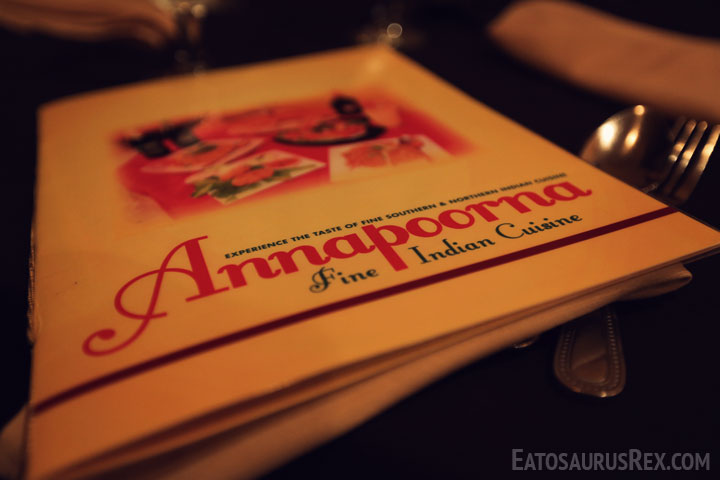 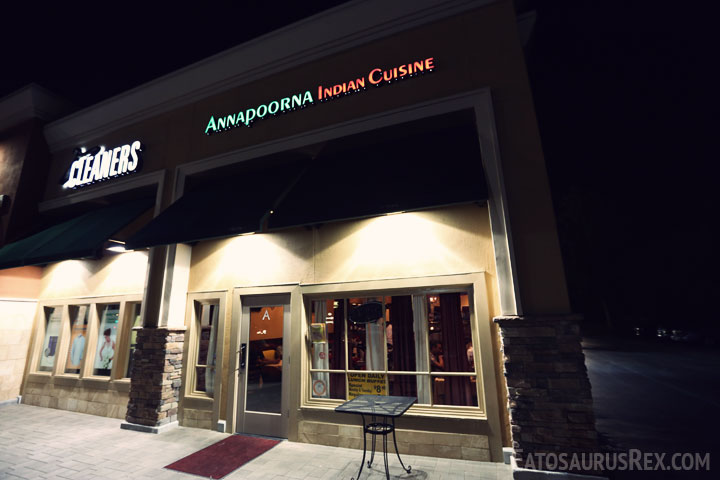